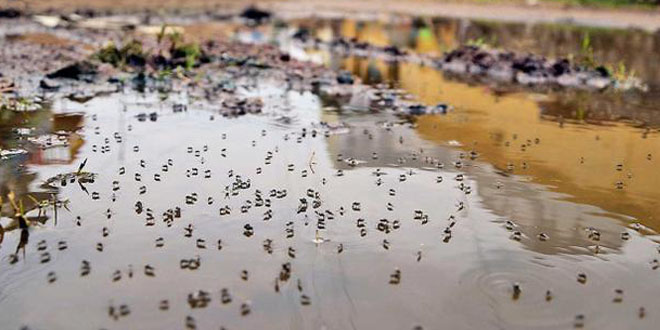 The locals of Toba Tek Singh protested against the (Tehsil Municipal Administration) TMA, which they blamed, had been showing ignorance towards maintaining the sewerage system. The defective sewage system of Toba Tek Singh, for the last two months has been polluting the major areas of the city, causing smell, creating diseases and acting as a breeding ground for Mosquitoes.

The situation gets worse when it rains; the water carrying garbage from waste pilling enters homes and damages roads, leaving the city in an even worst form.

A local while talking to HTV said that he had been trying to meet the TMA officials for the last couple of days, to give his application concerning to the poor sewage system, but none of the officials ever met him. He further informed that the TMA employees ask for money in return of any services, which should be done for free.

Another local on the occasion informed HTV that people are suffering from various water borne diseases as sewerage water is now entering their houses. He added that the mosquitoes are growing in numbers and more cases of Malaria and Dengue are being observed after the sewage problem. He said that recently a child died of Dengue. Even her funeral was performed with a lot of problems due to stagnant water on roads.

On a contrary, Tehsil Municipal Officer (TMO), Rana Nawaz informed HTV that the organization cooperates with the locals; the problem seems to be getting worse due to the shortage of employees in the organization.