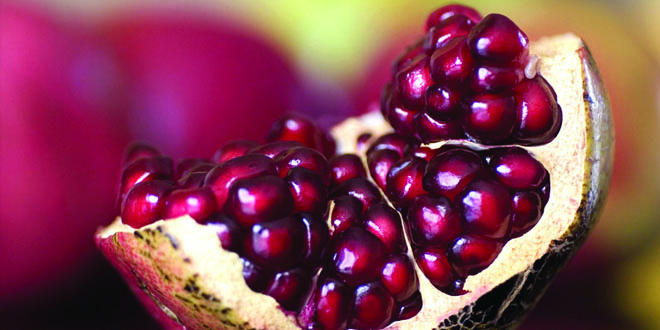 Eating pomegranates regularly could provide protection from neurological disorders such as Alzheimer’s disease, according to an American study published in the journal ACS Chemical Neuroscience.

Pomegranates have been proven scientifically to have anti-inflammatory, antioxidant and anti-cancer effects. They are also thought to have an anti-aging effect that can protect our neurons.

The latest study from the American Chemical Society has revealed that this Asian fruit with small translucent red seeds could play an important role in the prevention and treatment of Alzheimer’s disease. The researchers highlighted the anti-inflammatory and neuroprotective action of compounds called urolithins.

These protective agents are produced when ellagitannins (a type of polyphenol that is present in pomegranates) are metabolized by intestinal bacteria. Polyphenols are powerful antioxidants which are found in a large number of fruit and vegetables.

The researchers observed in vitro that these urolithins lowered the levels of the ß-amyloid protein which is responsible for the formation of toxic clumps between neurons that is associated with Alzheimer’s disease.

The team of chemists sought to understand how the pomegranate compounds were able to cross the blood-brain barrier, which protects the brain, and prevent the formation of these harmful proteins.

The team isolated and identified 21 compounds – most of which were polyphenols – from pomegranate extract. These polyphenols could not cross the blood-brain barrier, but some of their metabolites, the urolithins, were able to.

The beneficial role played by urolithins has been demonstrated in previous research, notably in the prevention of certain cancers (of the colon, breast and prostate) and in lowering cholesterol (triglyceride levels in the blood).

To enjoy the health benefits of the pomegranate, it’s better to use the fresh fruit. You can extract the juice by gently squeezing the whole fruit, piercing a hole in the skin and inserting a straw. You can also press it like an orange or a lemon (the fruit pips contain the juice). Pomegranate juice is commercially available, but it should be 100% fruit, without any added sugar.