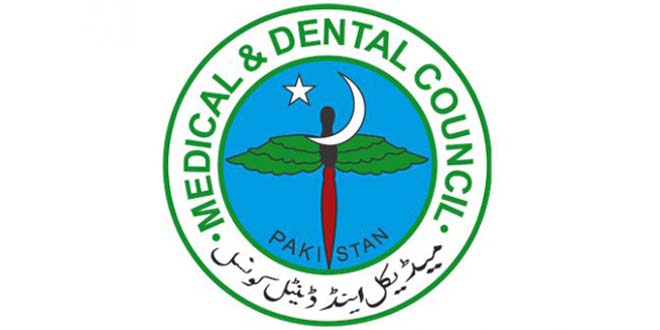 On Monday, the Pakistan Medical and Dental Council (PMDC) retracted their statement regarding forensic specialists, which stated that “postmortem procedures are performed by sweepers and bhungees (janitors).”

During a meeting of the Senate’s Standing Committee on National Health Services, PMDC retracts statement after they submitted a written reply to a petition filed by the Pakistan Medical Association in Faisalabad, Young Doctors Association and Faisalabad’s Private Hospital Association. They said that autopsy and postmortem are the main procedures in forensic examinations, and should ideally be performed by medical examiners. But in Pakistan they are usually performed by sweepers and bhungees.

The three medical associations have petitioned the fact that after the amendment set by PMDC in 2012, representatives from private medical colleges and universities have increased over those of public sector institutions in the council.

Senator Farhatullah Babar of Pakistan People’s Party criticized this statement, saying that it made him feel as if a janitor performed postmortem on the late PPP chairperson Benazir Bhutto. Professor Dr Masood Hameed Khain, PMDC President, apologized for the words used and instead chose the word ‘assistant’.

He said that there is indeed a shortage of Medico Legal Officers (MLOs) in Pakistan and “assistants usually do all the duties in the labs such as cleaning, sweeping the floors and even conducting postmortems.”

PML-N’s Senator Kalsoom Parveen believes that PMDC is not adhering to certain functions as per its mandate.

Sajjad Hussain, Standing Committee Chairman, is at par with what the legislators have expressed and said that PMDC council members have been engaged in activities with a conflict of interest.

A sub-committee of the National Health Services has been set up to hold meetings for this particular petition.