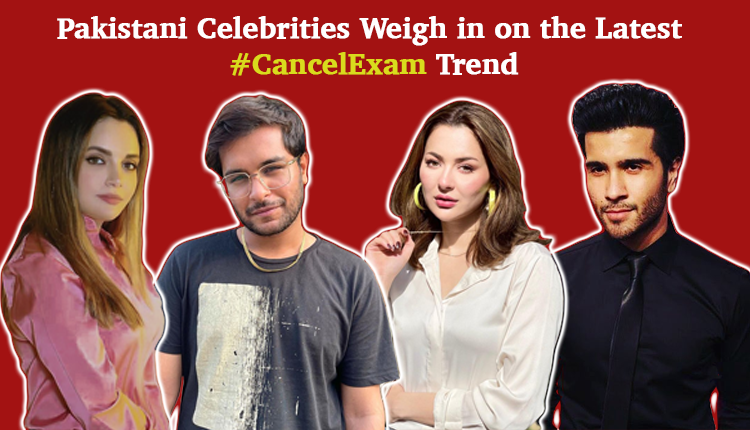 Pakistani Celebrities Weigh In on the Latest #CancelExam Trend

Despite the rise in Covid cases in Pakistan, students were being forced to give their exams in person.

In regards to exams, an announcement was made by Federal Education Minister Shafqat Mahmood, where he revealed that the government has decided to turn down the demand of students and decided to conduct the exams as scheduled.

Students have been protesting against physical exams saying that taking such a risk is too much. They even filed petitions with the support of activist Jibran Nasir and reality TV host Waqar Zaka against conducting physical exams which were later dismissed by High Courts of Peshawar, Lahore, Islamabad, and Sindh.

The Minister for Education Shafqat Mehmood announced that all Cambridge exams will proceed as scheduled, and will not be making use of teacher-assessed grades this year, which means that AS and A-Level exams will begin on April 26 and O Level and IGCSE exams on May 10.

Students all across Pakistan took over social media to protest against the decision by the government. Many celebrities also came forward to support students by raising their voices against the decision to hold an exam despite a spiraling coronavirus situation in the country.

Feroz Khan urges government to cancel exam and save lives. 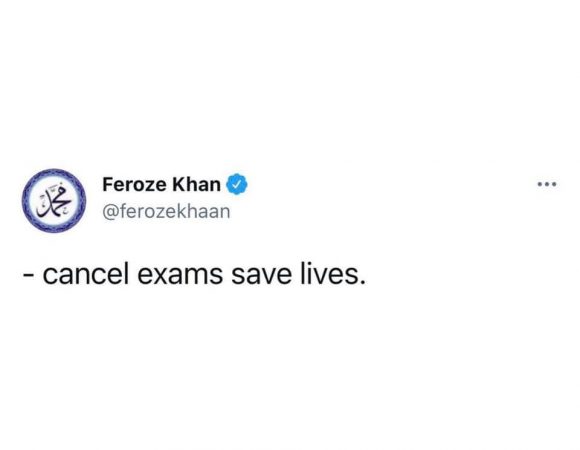 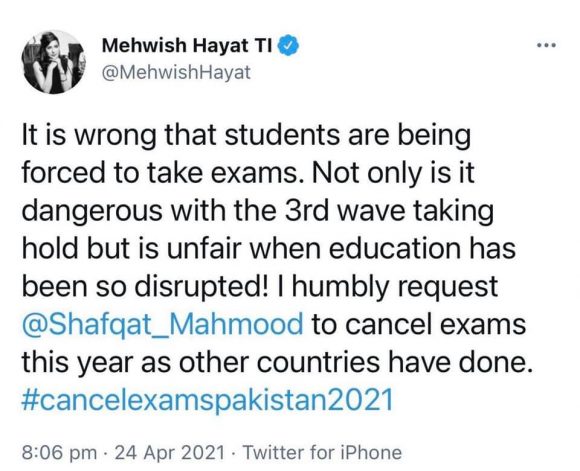 Armeena tweets that the virus is affecting younger people more. 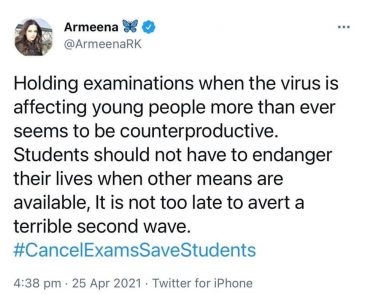 Hania Amir tweets that conducting exams during the rise in COVID cases isn’t fair on the students. 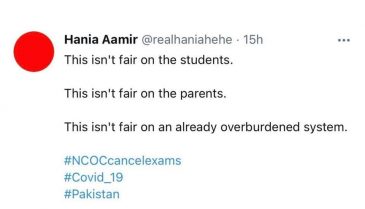 Asim Azhar warns that it will be a huge mistake to conduct exams. 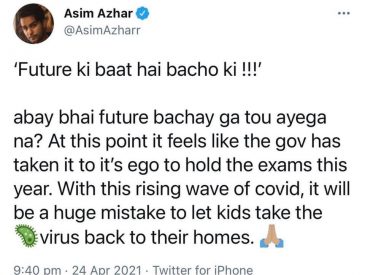 Shahid Afridi tweets that the safety and health of students should be kept in mind. 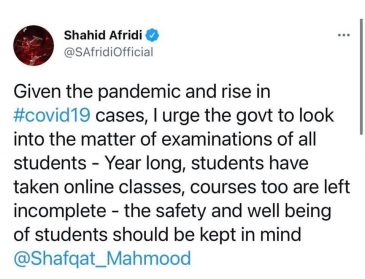 After analyzing the whole situation and considering the rise in corona cases in Pakistan, on 27th April 2021 Education Minister Shafqat Mahmood announced to postponed all exams across Pakistan till 15th June 2021.

Locating The Most Affordable Pricing And Payment Plans For Cord Banking