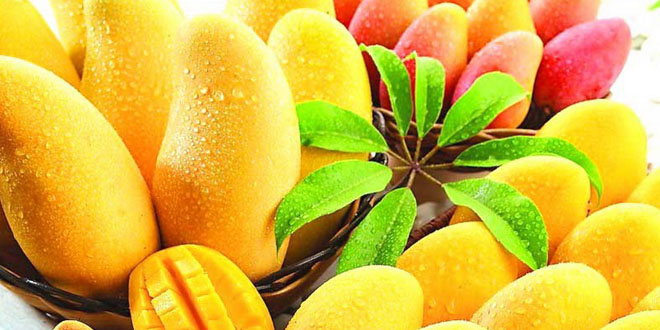 Pakistan “The Kingdom Of Mangoes”

The summer season is in full flow. Arguably, the most awaited season of the year brings with the most desirable fruit, which is called as mango. Mangoes are labelled as the “super fruit” in the fruit world.

Mangos are being cultivated all over the world in surplus amounts to meet the ever increasing demands of the people for this fruit. According to a survey done by the Food and Agricultural Organization of the United Nations in 2012, an estimated 42 million metric tons of mango production was recorded.

The climate which suits the mango cultivation is the tropical climate. Pakistan, Philippines, Thailand all enjoy the mango in its natural form as special measures are taken for their growth.

Pakistan cultivates mangos in high amounts. As per the survey of UN done in 2012, Pakistan produced almost 2 million metric tons worth of mangos. As we are going forward, the need for mango is also increasing. The city of Multan is renowned for its production of mangoes. The quality being produced in this part of Pakistan is second to none. Different varieties of this illustrious fruits are seen being sold on different carts, fruit markets, supermarkets. As soon as the summers hit, you see the vibrant yellow color all over.

Types of Mangoes In Pakistan

Pakistan produces different varieties of mangoes. The different types include:-

Anwar Rataul is one of the most consumed type of mango in Pakistan. It is named after Rataul, a village near Baghpat district in Uttar Pradesh. It has a very sweet, distinct taste. Having a fibreless flesh, this type is greatly enjoyed by the people in Pakistan. It is readily available in the months of June and July. Mostly found in the province of Punjab.

The most wanted in the list of mangoes is Chaunsa. Chaunsa mangoes are cultivated mainly in the regions of Multan and Sahiwal in Pakistan. Its rich fragrance, sweet taste, juicy taste and fibreless flesh makes it the best of the lot in the mango world. The Chaunsa season starts at the end of June and goes on till the mid of August.

The Sindhri mango is originated from the regions of Mirpur Khas, Sindh. It has a fine, fibreless texture, with an oval shape. Its peak season is between the mid of June-July.

Another type of mango which is very famous is the Langra. Originated near Benares, it has a skin which is slightly green in color, with a thin texture. It’s mostly seen in the month of July. Its size ranges from medium to large.

In Pakistan, mangos are being consumed in multiple ways. The love affair between the people of Pakistan and this fruit is sky high and it doesn’t look like it will stop any time soon. The ways of consumption are different from each other, which shows the diversity.

People either slice the whole fruit down and just pick it up and start to suck the juice out of the mango without any hesitation.

The more conventional ways of eating mangoes are:

In this method, the flesh of the mango is cut into several cubes with the help of a knife. Although it is a bit time consuming, but when it comes to eating mango, this is one of the most used.

Arguably the easiest way to enjoy the nutritional goodness of the mango is by blitzing it with milk to form a milkshake. Kids (bache) and adults both love the drink and is also an awesome beverage to beat the heat.

Yes, the pulp of the mango is used for the formation of chutneys.

They are used extensively in salads to add a little tanginess and sweet tinge to the greens.

Foods You Should Avoid To Survive The Heat