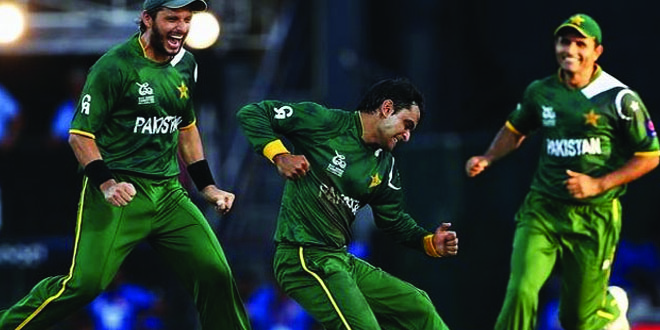 Pakistan jumps to second place in the ICC T20 rankings

Sri Lanka, who is also the reigning ICC World T20 Champions, maintains its position at the top of the leader board with 126 rating points. Australia dropped two points, courtesy of losing to England in a T20 encounter, which allowed Pakistan to swap positions with the yellow shirts on the standings.

Pakistan and Australia have 120 and 118 ranking points respectively.

The rankings reported by the ICC are as follows:

Pakistan will face a tough task ahead when they face England in all three formats of the game in a series starting from October 13. The venue for the series will be the United Arab Emirates. The series will comprise of three Test matches, four ODIs and three T20is.

The Green Shirts will be looking to maintain their good run in all three formats of the game and make the nation proud.