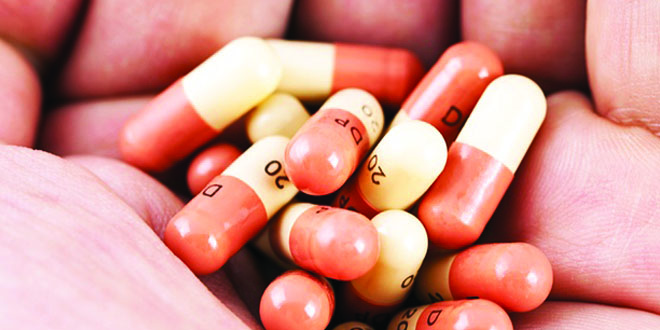 More people died of drug overdoses last year in the United States than ever before, largely due to disturbing increases in prescription painkillers and heroin use, health authorities said Friday.

Health chiefs warned of a surging opioid “epidemic” that is ripping families and communities apart.

More than 47,000 people died last year from drugs, higher than during any previous year on record, said the report by the US Centers for Disease Control and Prevention (CDC).

Deaths due to opioid overdoses jumped 14 percent in just one year, said the CDC’s Morbidity and Mortality Weekly Report.

Six in 10 of all drug overdose deaths were due to opioids, which may include either pill-based medications to dull pain or the street drug heroin.

“The opioid epidemic is devastating American families and communities. To curb these trends and save lives, we must help prevent addiction and provide support and treatment to those who suffer from opioid use disorders.”

Drug overdoses have killed almost half a million people in the United States from 2000 to 2014, and the rate of opioid overdoses has tripled since 2000.

The CDC said “two distinct but interrelated trends” are visible in the data: a 15-year rise in prescription painkiller deaths and a more recent surge in heroin use and overdose deaths.

Both drugs work in similar ways, and when addicts are unable to get prescription medications to feed their habit, many turn to heroin, which is often cheap and accessible.

Drugs like oxycodone and hydrocodone are the most commonly prescribed opioid pain relievers, and “continue to be involved in more overdose deaths than any other opioid type,” said the report, noting deaths from these types of drugs increased by nine percent in one year, with 813 more deaths in 2014 than in 2013.

Overdose deaths are up in both men and women, in non-Hispanic whites and blacks, and in adults of nearly all ages, said the report.

“Deaths from heroin increased in 2014, continuing a sharp rise that has seen heroin overdoses triple since 2010,” it said.

Illicitly made fentanyl, a short-acting opioid that is sometimes added to heroin and can make it far more potent, is believed to be responsible for thousands of deaths per year.

US health authorities say they are promoting more informed opioid prescribing practices among doctors as a way of curbing the trend, along with improved treatment for this in recovery from addiction.

Programs are also in place to increase the use of naloxone, a fast-acting antidote that may revive a person who has recently overdosed.