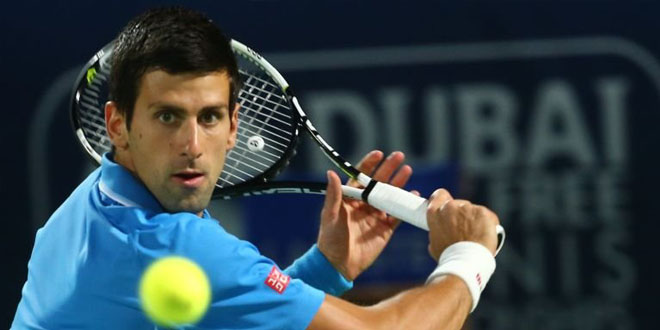 Novak Djokovic looks set to initiate 2016 on a high as he will be taking part in the 2016 Qatar Open which is set to start from Monday.

Djokovic being all happy and agile in his talks said, “Here we go again with a new season. I’m so excited and happy to come back and perform my level best in the season opening tournament. Stay tuned.”

The defending Australian Open, Wimbledon and US Open Champion will be looking repeat the same form which he showed in 2015, which turned out to be one of the best individual performances in tennis history.

In order to win, he will be facing tough competition with the likes of Rafael Nadal, Tomas Berdych and defending champion David Ferrer also playing the season opening tournament.

The Serbian International will be looking to win the event with which he can take the same confidence in the year’s first Grand Slam, the Australian Open which starts on January 18th in Melbourne.

He capped off a stellar year in his last term on court in 2015. He reached 15 consecutive major finals, won three out of four Grand Slam events. Stan Wawrinka took the honors in France as he defeated the 28-year old in the final of the French Open last year.

Novak Djokovic will be looking to become the first man after Rod Laver to win all four Grand Slams in a single season. The latter achieved the feat in 1969.

Rafael Nadal will be looking to make a comeback this year as well as 2015 for him was a year to forget. The Spaniard has gone through some good training sessions in Mallorca and looks set to start 2016 on a high.