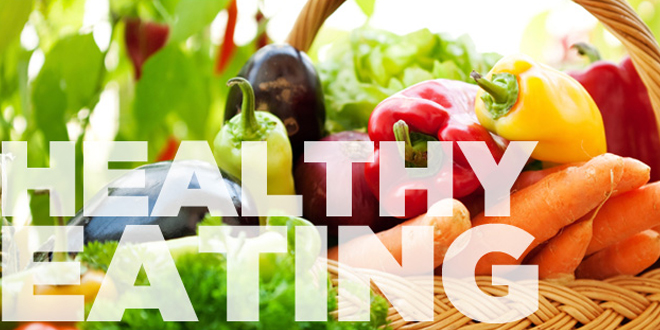 the Journal of the Association for Customer Research of Cornell University Food and Brand Laboratory lists some “new” ideas for healthy eating. I put the word new in quotation marks because some of the things on the list have been mentioned before. The journal lists these key ideas that can be easily done at home to help prevent “mindless overeating.”

Do Not Eat If You Are Not Hungry

That seems obvious enough. Researchers found that eating when not hungry caused blood sugar levels to rise after a meal, which could damage cells. Eating only when hungry “caused a smaller, and healthier, rise in blood sugar levels.”

Having fruits and vegetables with every meal will increase consumption of the nutrient-rich foods.

Mirrors Will Make You More Mindful Of What You Eat

Eat With A Fork, Not A Spoon

A series of experiments by Portland State University found that people ate less when they used a fork. Researchers said, “When participants were given food to eat with either a spoon or fork, they perceived the food as lower in calories when it was eaten with a spoon, and wanted to eat more of it.”

A United States study found that when participants were served pizza in both regular and smaller slices on two different table sizes, those eating from a bigger table ate less.

A new study found that “a one-size-fits-all approach to dieting is fundamentally wrong,” noting that “healthy food for one person may lead another to gain weight.”

The findings, AFP said, were based on a study of 800 people in Israel.

Eran Segal of the Weizmann Institute of Science in Israel said, “There are profound differences between individuals-in some cases, individuals have opposite responses to one another…”

The research found, for instance, that sushi could cause a higher spike in a person’s blood sugar than ice cream. A woman’s blood sugar rose after eating tomatoes, generally considered healthy food.

The researchers said diet recommendations “don’t work for everyone and often, overweight people are blamed for eating too much or not sticking to a healthy lifestyle.”

Sstudy co-author Eran Elinav suggested that, instead of asking people to eat low-fat diets, “a more personalized approach-one that puts an individual at the centre of the plan, rather than the diet-could be useful to help people control high blood sugar and improve their health.”

6 Myths About Healthy Eating That We Must Break for You

The Debate Between Tukh Malanga And Chia Seeds

5 Ingredients You Can Use To Substitute Potatoes