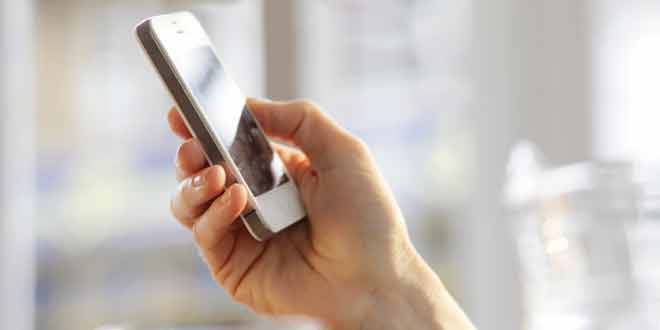 Too much smartphone time could be sign of anxiety, shows research

According to an American study, published in Computers in Human Behaviour, spending too much time using a smartphone — particularly the heavy use of applications and entertainment features — could be linked to a desire to shut out reality and escape certain unpleasant experiences and feelings.

After following 300 cellphone-using university students, researchers from the University of Illinois, USA, realised that anxiety and depression mainly affected young adults who used their smartphone as a means of social protection, providing an escape from a sometimes unpleasant reality.

“Handheld devices, with their countless applications and H entertainment options and their constant presence at our fingertips, make it easier than ever before to disconnect with the problems (and) stresses of reality, and avoid actively engaging with them,” observed the study co-author Tayana Panova.

The team studied students’ responses to a questionnaire about cellphone use and their feelings. They then asked 72 students to spend five minutes writing about a personal flaw or weakness that made them feel uncomfortable, placing them in an anxiety-inducing situation. The participants then had to wait for 10 minutes while the writings were supposedly reviewed.

The study found that the group allowed access to their smartphone had the lowest anxiety levels. The participants were 64 per cent more likely not to experience anxiety than those with access to no device.

Of the participants allowed cellphone access who felt very anxious during the test, 82 per cent used their mobile throughout the experiment, compared to 50 per cent of anxious participants in the video game group.

Conversely, 50 per cent of non-stressed participants reached for their cellphone compared with 25 per cent of the video game group.

The researchers conclude that smartphones can serve as “security blankets” which reassure and comfort anxious users. However, they stress that it’s a person’s underlying feelings and emotions that determine whether they develop this kind of behavior, rather than the simple fact of owning a cellphone.

The scientists also suggest that this kind of escapism strategy could make individuals more vulnerable to anxiety, since their feelings are not being expressed and alternative coping skills are not being developed. This could, in turn, have an adverse effect on mental health.