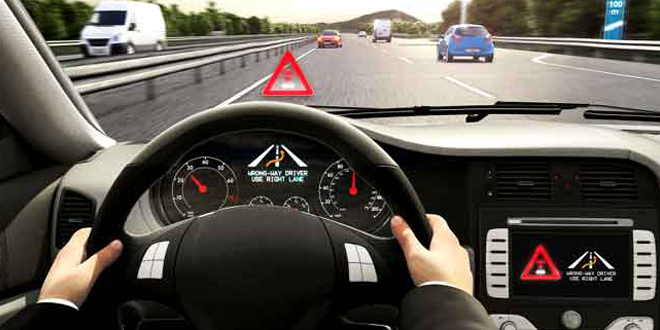 The study by Boston Consulting Group said available systems like automatic braking and lane control assistance technology could reduce the number of accidents by 28 percent.

The researchers said broader adoption of these technologies could pave the way for fully autonomous vehicles and lead to a 90 percent reduction in accidents over time.

“Because the vast majority of crashes in the United States are caused by driver error, the lack of adoption of these technologies within the US fleet is a significant missed opportunity,” said Xavier Mosquet, a co-author of the study funded by the Motor &amp; Equipment Manufacturers Association (MEMA).

The report noted that roughly 33,000 people are killed and 3.9 million injured each year in automotive accidents in the United States — at a cost to society of $910 billion annually.

As a result, the researchers said adopting these available technologies would save 9,900 lives and $251 billion in societal costs.

The study focused on auto features which are available in many vehicles as options such as forward collision warning, surround view, adaptive cruise control — which adjusts speeds to maintain a safe distance, blind spot detection, night vision, lane departure warning and parking assist.

Adoption of these “Advanced Driver Assistance Systems” or ADAS has been slow because many consumers are unwilling to pay the extra costs.

For example, car owners in a recent survey said they would be willing to pay $100 to $400 for blind spot detection, but the current cost is nearly $600.

The report calculated that the available technologies would add $8,240 to the cost of a vehicle, but would save $16,307 in societal costs over 20 years.

“We possess the know-how and technology to save nearly 10,000 lives on America’s roads annually,” said Steve Handschuh, president and chief executive of the association of auto equipment manufacturers.

“What’s lacking is the urgency to increase consumer education and the political will to get it done today. The way forward should include a mix of federal tax incentives and discounts on insurance premiums to steer consumers toward available safety technologies.”

The study said additional systems are expected to become available in the coming years including “traffic jam autopilot,” “highway autopilot with lane-changing,” and “urban available.”

But the report noted that “at current adoption rates, making these partially autonomous features affordable to consumers poses a challenge.”

Earlier this month, major global carmakers pledged to install auto-braking technology as a standard feature for vehicles sold in the US market.

The auto tech, which is already an option on some cars, uses on-vehicle sensors to detect a possible collision and applies brakes if the driver fails to respond to warning sounds.