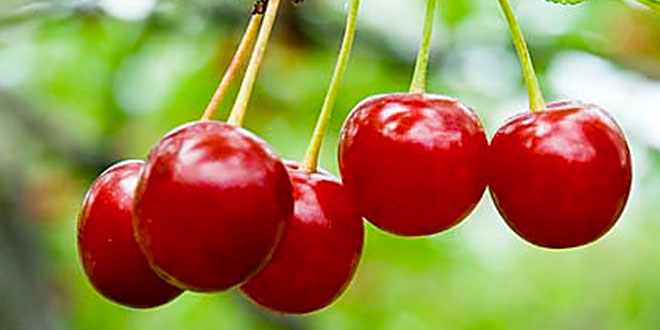 The new research, which is the first to look at the effect of Montmorency cherry concentrate (Prunus cerasus) on blood pressure, comes from Northumbria University’s Department of Sport, Exercise and Rehabilitation.

Some of the participants were then given 60ml of a Montmorency cherry concentrate while others received 60ml of a shop-bought fruit-flavored cordial.

Blood pressure readings and blood samples were taken before the juice was consumed and at regular intervals after consumption.

The results showed that those who had taken the cherry concentrate benefited from a drop in blood pressure of 7 mmHg in the three hours after consuming the drink when compared to drinking the fruit-flavored cordial, with the results comparable to those achieved by just a single anti-hypertensive drug.

The team also found that it was the participants with the highest blood pressure levels that benefited the most.

With even just a small reduction in blood pressure having a large impact on mortality rates from cardiovascular disease, the researchers believe the results could be significant in helping to lower and manage high blood pressure and prevent further health problems. Previous research has also shown reducing blood pressure by just 5-6 mmHg over a long-term period can reduce the risk of stroke by up to 38 per cent and coronary heart disease 23 per cent.

Northumbria University has also found many other health benefits of Montmorency cherry concentrate, with the University’s previous studies showing that it can improves both the quality and quantity of sleep, reduce symptoms of gout, and thanks to its anti-inflammatory and anti-oxidative properties, help to muscle recovery after exercise.