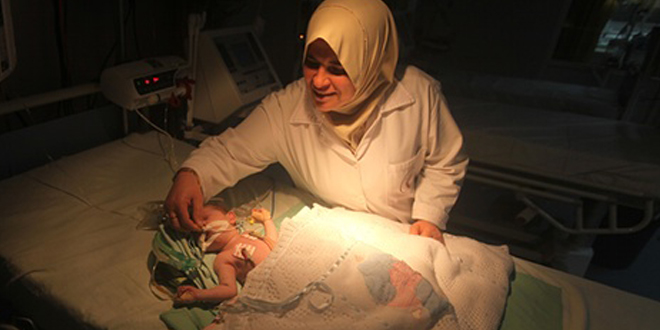 Maternal mortality cut by almost half in 25 years: UN

Deaths of women from pregnancy-related causes have fallen by almost half across the world in the past quarter century, but only nine countries have achieved the targets set by the UN, a report by UN agencies and the World Bank said Thursday.

“This report will show that by the end of 2015 maternal mortality will have dropped by 44 percent from its levels from 1990,” said Dr Lale Say, coordinator for reproductive health and research at the World Health Organization.

“This is huge progress but the progress is uneven across countries, across different regions of the world,” with 99 percent of the deaths in developing countries, she told a news conference in Geneva.

The report, published simultaneously in the British medical journal The Lancet, said that in 2015 some 303,000 women died as a result of complications during pregnancy or up to six weeks after giving birth, down from 532,000 in 1990.

As part of the Millennium Development Goals adopted in 2000, UN member states pledged to reduce maternal mortality by 75 percent by 2015 from 1990 levels.

But only nine countries have achieved this target, although 39 others have registered “significant progress” in reducing maternal deaths, said Say.

The greatest improvement was in eastern Asia, where the maternal mortality ratio fell from approximately 95 to 27 per 100,000 live births.

Sub-Saharan Africa accounted for two our of every three deaths in the world.

“But that represents a major improvement: Sub-Saharan Africa saw nearly 45 percent fewer maternal deaths” over the period, the report said.

“Ensuring access to high-quality health services during pregnancy and child birth is helping to save lives,” it said.

But achieving that goal will require much more effort, said Dr Babatunde Osotimehin, executive director of the UN Population Fund.

“Many countries with high maternal death rates will make little progress, or will fall behind, over the next 15 years if we don’t improve the current number of available midwives and other health workers with midwifery skills,” he was quoted as saying in a press release accompanying the report.

“If we don’t make a big push now, in 2030 we’ll be faced, once again, with a missed target for maternal deaths.”