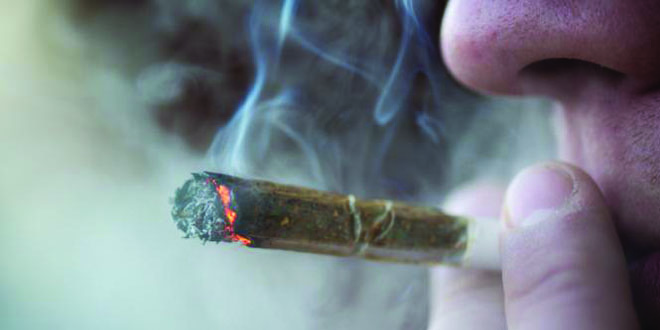 Marijuana use doubles in US in a decade

Nearly one in 10 adults smokes marijuana in the US, a rate that has more than doubled in the past decade as laws and attitudes about pot relax, researchers said Wednesday.

However, experts warned that the rise in marijuana use has also been accompanied by an increase in abuse and dependence.

“Based on the results of our surveys, marijuana use in the United States has risen rapidly over the past decade, with about three in 10 people who use marijuana meeting the criteria for addiction,” said George Koob, director of the National Institute on Alcohol Abuse and Alcoholism.

“Given these increases, it is important that the scientific community convey information to the public about the potential harms.”

Researchers found that 9.5 percent of adults in the United States smoke marijuana, according to the study published in the Journal of the American Medical Association (JAMA) Psychiatry.

Increases are “particularly notable among women and individuals who were black, Hispanic, living in the South, middle-aged or older,” said the study.

The data comes from interviews with 79,000 people regarding alcohol use, drug use and related psychiatric conditions over a year.

A total of 23 US states now allow medical marijuana and four states have legalized marijuana for recreational use.

About 6.8 million Americans have been diagnosed with a “marijuana use disorder,” or nearly three percent of all marijuana users, said the study.

Such disorders may include smoking more often than was intended, a persistent desire to cut down or control use despite unsuccessful efforts to do so, missing out on obligations at work, school or home due to marijuana use, and a buildup of tolerance or symptoms of withdrawal.

“In summary, while many in the United States think prohibition of recreational marijuana should be ended, this study and others suggest caution and the need for public education about the potential harms in marijuana use, including the risk for addiction,” it said.

“The clear risk for marijuana use disorders among users (approximately 30 percent) suggests that as the number of US users grows, so will the numbers of those experiencing problems related to such use.”

Croatia legalises marijuana for medical use