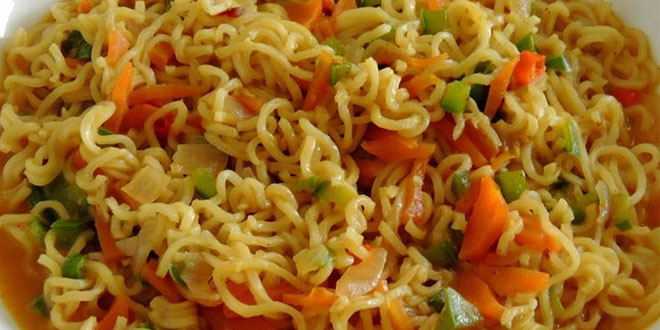 Nestle has been accused of selling lead-contaminated product, Maggi in India for the second time in two months. Nestle Pakistan has denied that lead content is found in any of their (Nestle Pakistan’s) Maggi Noodles.

The news, which made headlines for the second time in India, comes from Maharashtra where the Food and Drug Administration (FDA) has identified lead contagion in various batches of Nestle India’s Maggi noodles after a few days ban on the product. The news now concerns Nestle Pakistan as well.

This news spread quickly via social forums resulting in a decrease in the product sales throughout the region, including Pakistan; although Nestle Pakistan has negated any such evidence found in their products.

In their official statement on the website, Nestle Pakistan has said that,

The website further identified that Maggi Noodles are completely safe and have been trusted in Pakistan for over 30 years. The first priority of Nestle Pakistan is the trust of the consumers and the safety of the products.

Recently, developments and unfounded concerns about the product in India have led to an environment of confusion for consumers there, to such an extent that Nestlé India was forced to withdraw the product off the shelves, despite it being safe.

During these fresh raids, the FDA had taken 46 samples in Maharashtra, India, of which four had excess content of lead, ranging from 2.92PPM to 3.33PPM, whereas the maximum limit allowed is 2.5PPM. These samples were taken under the supervision of Food Safety Standard Association of India (FSSAI). After this second test, the state banned the product in Maharashtra, India and appealed to ban it throughout the country.

Previously, a similar result in June showed lead ranges going up to 4.66PPM, which had forced the Indian government to withdraw the product nationwide, though it was allowed on shelves later.

Nestle Pakistan has assured customers that,

“Nestlé Pakistan proactively conducts tests on all their products regularly, and consumers can be assured that our products are safe to consume. The safety and health of our consumers is our top priority.”

Abnormal exposure to lead can cause medical problems such as impaired neurological development.