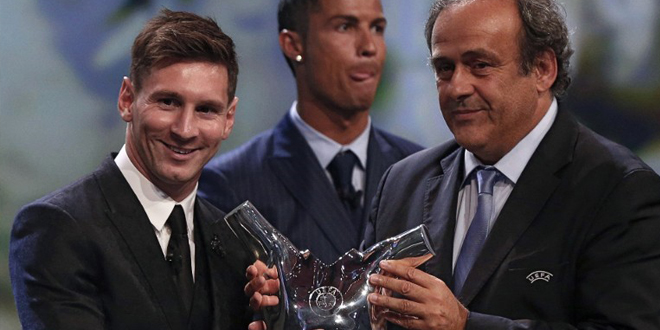 Inaugurated in 2011, Lionel Messi previously won the award in the same year. The list includes the likes of FC Barcelona’s Andres Iniesta, Bayern Munich’s Frank Ribery and Cristiano Ronaldo as well. Iniesta won in 2012, whilst Ribery and Ronaldo won the prize in 2013 and 2014, respectively.

The Argentine superstar bagged in the “Best Goal of the Tournament” award as well. His goal against German champions Bayern Munich in the semi-final (1st leg) at Camp Now in which he bamboozled defender Jerome Boateng inside the box and then chipped the ball over goalkeeper Manuel Neuer was breath-taking.

Ronaldo and Messi both will start the season in the Champions League with 77 goals. Messi and his club mates will be looking to defend the UEFA Champions League crown yet again this season.

The new season starts on the September 15. Messi and company will be looking to defend their title and in doing so will want to become the first club to defend the title since the inception of the Champions League.