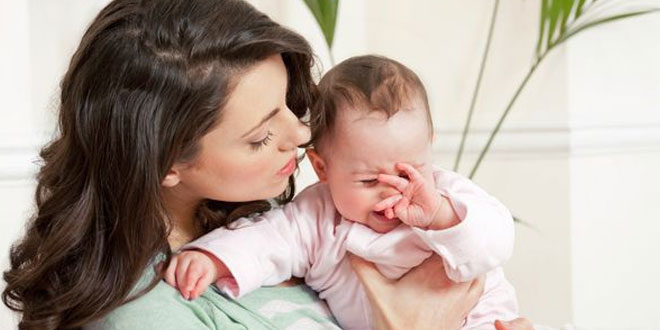 Letting babies ‘cry it out’ is best option for new parents: study

Parents, should you let babies “cry it out” when they wake up at night or should you rush in and provide comfort? A new study supports the former, that infants are best left to self-soothe and drift off to sleep on their own.

Researchers from Temple University in Philadelphia asked parents of more than 1 200 infants to report on their child’s waking habits at six, 15, 24, and 36 months. At six months of age, 66% of babies were reported to wake up about once a week. But 33% woke up seven nights per week at six months, dropping to two nights by 15 months and one night per week by 24 months.

“By six months of age, most babies sleep through the night, awakening their mothers only about once per week,” said Temple psychology professor and study co-author Marsha Weinraub. “However, not all children follow this pattern of development.”

Of the babies who awoke, the majority were boys, and the babies tended to score higher on an assessment of difficult temperament, which includes traits such as irritability and distractibility. Babies also tended to be breastfed, and mothers of these babies were more likely to be depressed and have greater maternal sensitivity.

Weintraub says that one takeaway from the study is that babies need to learn to fall asleep on their own. “When mothers tune in to these night time awakenings and/or if a baby is in the habit of falling asleep during breastfeeding, then he or she may not be learning to how to self-soothe, something that is critical for regular sleep,” she says.

“The best advice is to put infants to bed at a regular time every night, allow them to fall asleep on their own and resist the urge to respond right away to awakenings,” she says.

The study, announced Wednesday, was published in journal Developmental Psychology.

In a separate study published online in Pediatrics in September, Australian scientists reported that letting tots cry it out won’t harm them emotionally or damage their relationship with their parents.