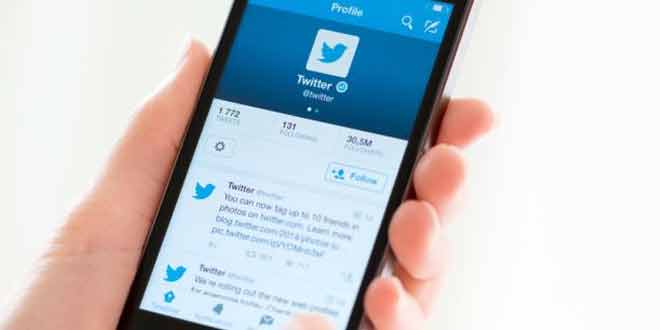 Twitter, which turned 10 years old on march 21, has grown into one of the leading global social networks. Here are some key facts about the messaging platform:

History
Twitter came to life on March 21, 2006, when co-founder Jack Dorsey sent out the first tweet: “just setting up my twttr.” Dorsey followed up with the first “human-generated” tweet: “inviting coworkers.”

The company was incorporated in April 2007 after it stole the show at the influential South by Southwest technology and music festival in Austin, Texas. It was co-founded by Biz Stone, Evan Williams and Dorsey – @biz, @ev and @jack.

According to the Real-Time Statistics Project, some 500 million tweets are sent out each day, adding up to some 200 billion per year.

User base
The key figure used to measure Twitter’s success is the number of its monthly active users, which has remained at 320 million for the past two quarters. Twitter says the vast majority of these – 254 million – are outside the United States.

But chief executive Dorsey says another 500 million people use Twitter without logging in, and the company has launched an effort to draw more ad revenues from those visitors.

Twitter also says one billion people each month view sites with embedded tweets, which further expands the reach of the platform.

Stars on Twitter…
The reigning queen of Twitter for some time has been singer Katy Perry, whose followers now number more than 84 million.

Justin Bieber ranks second with 77 million, and Taylor Swift third at 72 million. The @BarackObama account, which is run by the US president’s entourage, holds the number four spot with 71 million.

Among official public figures, the most popular after Obama is Queen Rania of Jordan with 4.6 million followers, the British prime minister’s office with 4.3 million and… the late president Hugo Chavez of Venezuela at 4.2 million, even though his account has been inactive since he died in 2013.

… and scientists too
Twitter is not just for journalists, activists and celebrities but has been a tool for a variety of scientific research.

Researchers have found that analysing tweet patterns can offer insights into political leanings as well as the spread of disease.

A recent study showed that tweet patterns revealed the extent of damage from Hurricane Sandy in 2012, making it “a viable platform for preliminary rapid damage assessment in the chaotic time immediately after a disaster.”

Another study showed how Twitter data captured in the early stage of the Ebola outbreak in Africa could serve as a real-time tool for monitoring the spread of the disease, demonstrating “the usefulness of Twitter mining to inform public health education.”

Using a broader definition of social platforms, it is also dwarfed by Google-owned video sharing service YouTube with one billion users; other messaging platforms with a large user base include WhatsApp (900 million), China-based QQ (860 million), Facebook Messenger (800 million) and Chinese app WeChat (650 million), according to the website Statista.

China’s blogging platform QZone has an estimated 653 million users and Yahoo-owned Tumblr 555 million, according to Statista. Google+ claims more than 400 million users but the platform is seen as having far less engagement than rivals.

LinkedIn, the professional social network, has some 414 million registered members, and the bulletin-board style network Pinterest has 100 million.

Snapchat, known for its disappearing messages and its appeal to young audiences, is seen as a rising threat in the sector, claiming 100 million users daily and a growing list of media partnerships.

Twitter has launched a variety of new ad products but still appears far from profitability.

Its share price on Wall Street reflects scepticism. Its initial public offering in 2013 priced shares at US$26 (RM105.82), and the stock leapt briefly to as high as US$69 (RM280) that year, but has been on a downward trend ever since.