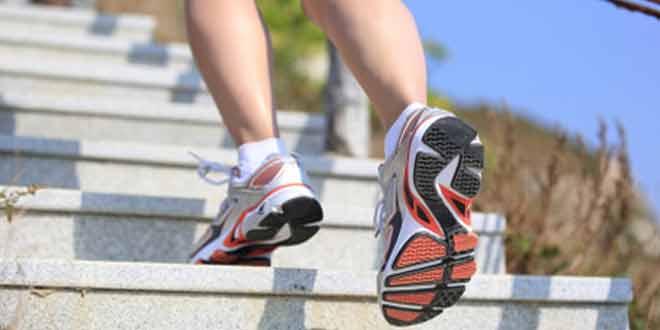 How to keep your brain young

Canadian researchers have found that not only can staying on at school help to keep your brain young, but taking the stairs daily also helps to improve brain health.

In the study, carried out by a team from Concordia University’s Montreal-based Perform Centre, researchers examined the brains of 331 healthy adult’s aged 19 to 79 using MRI scans.

The scans measured the volume of grey matter in the brains — which declines as we age — which researchers then compared to the participants’ reports of how many flights of stairs they climbed, and how many years in education they had completed.

Commenting on the results the study’s lead author Jason Steffener said, “This study shows that education and physical activity affect the difference between a physiological prediction of age and chronological age, and that people can actively do something to help their brains stay young.”

The findings are published in the journal Neurobiology of Ageing.

Previous studies have also found that exercise can help keep the brain healthy.

Although potentially more intense than climbing a flight of stairs, a 2015 study also found that lifting weights can help to keep the brain healthy, particularly in women, with the study showing that taking part in the activity just twice a week can benefit white matter — the part of the brain that can develop lesions as we age, affecting thinking and memory skills.

And a 10-year study of identical female twins by King’s College London found that leg power, boosted by exercises such as running, walking, helped to protect the brain against cognitive ageing and cerebral changes.