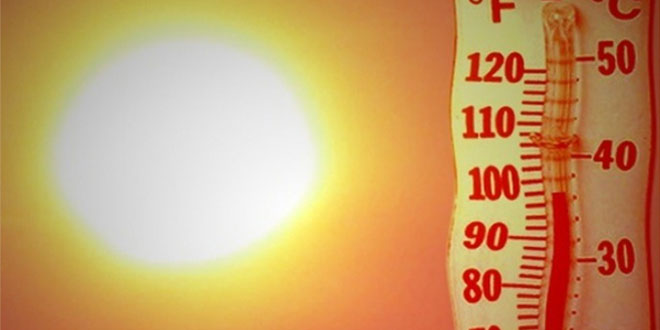 It was stated by the authorities that the people affected by the heat stroke in Karachi are mostly above the age of 40, however children are also being effected due to heat stroke.

Whether it is Gulshan-e-Iqbal, Saddar, New Karachi, SITE area, North Karachi or the surrounding locations, there is not a single area where the hospitals haven’t received cases like dehydration, gastro or heat stroke.

According to the Medical experts, people with low immunity are at a greater risk of getting Heat Stroke. So it is strongly advised to avoid unnecessary exposure to direct sun by avoiding the outdoors, increase fluid intake, wash face regularly with water.

A total of 36 lives were lost at Dr. Ziauddin University Hospital due to Heat stroke where 20 were in North Nazimabad Branch, 7 at Keemari Branch and 11 at the Clifton branch. The medical care and the facilitation of the heat stroke patients in Dr. Ziauddin Hospital still continues in all three branches of the hospital in Clifton, North Nazimabad and Keemari.

On the other hand Agha Khan Hospital has closed its doors for the heat stroke patients and refused to take in any more patients. This is greatly distressing the people as they can’t help but feel helpless.

Similarly at Liaquat National the patients and their families are facing a lot of problems, due to shortage of beds and lack of medical facilities. And they too have closed their doors for the people affected by the extreme heat.

Due to the uncontrollable death toll which multiplies by the day, the National Disaster Management Authority finally decided to take the help of Army as they appealed to the Core Commander Karachi. And as a result of which the Rangers has set up relief camps for the victims of this deadly heat wave. It was stated by the Representative of NDMA that as ordered by Nawaz Sharif, PDMA has been asked to set up help lines and heat stroke centers in all government and private hospitals of the province. PDMA is asked to provide ambulances in case of emergency situations.