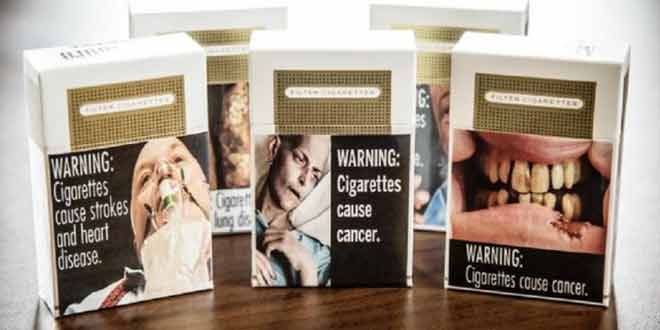 Just how effective are graphic warning labels on cigarette packages?

A new study published online in the journal Communication Research has found that the graphic images of poor oral health and disease posted on cigarette packaging may not encourage smokers to kick the habit.

A team of researchers from the University of Illinois recruited 435 undergraduates aged 18 to 25 for the study — 17.5 per cent were smokers while 82.5 per cent were non-smokers.

All participants were given a cigarette packet from the same popular brand. Half of the smokers and non-smokers were given packages with graphic warning labels with one of seven images, including a diseased mouth or pair of lungs, a person dying of lung cancer, a person affected by heart disease and a corpse.

The other half were given packages that contained only text, which is currently used in the US.

All participants were also given a questionnaire to measure certain personality traits and reactions to the packaging.

The results showed that both smokers and non-smokers disliked the graphic warning labels, possibly because many perceive the images to be a threat to their freedom, choice or independence.

“It makes them angry, it makes them express negative thoughts about the packaging, that they’re being manipulated,” said lead author Nicole LaVoie. “Ultimately, it also makes them think that the source — the government in this case, mandating these labels — is being overly domineering.”

The team also found that the participants most likely to have these negative thoughts measured high in the personality trait “psychological reactance.” These individuals are more likely to have resistant thoughts when they think they are being told what to do, and they are also more likely to be smokers, meaning the graphic warnings could actually encourage smoking behavior.

“If these individuals see things as freedom threats, they are going to be more attracted to perform the threatened behavior,” said Brian Quick, one of the paper’s co-authors, with LaVoie warning that “we might actually be doing harm to a group that might need the most help if they’re battling an addiction to smoking.”

However many studies outside the US have found that graphic warnings are associated with decrease in smoking, although LaVoie suggests this could be a result of other tobacco control measures, such as tax increases and smoking bans, being implemented at the same time as the warning labels.

According to data from the Canadian Cancer Society there are currently 77 countries outside the US that use graphic images on their cigarette packaging including Australia, New Zealand, the UK, Canada, France, Russia, and the United Arab Emirates.