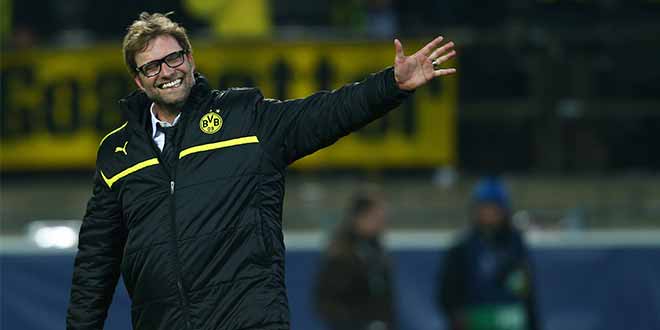 Jurgen Klopp : I’m Not the Right Man for the Job

Borrusia Dortmund manager Jurgen Klopp looks to part ways with the club at the end of this season’s campaign.

The 47-year old German will be leaving BVB after a seven-year tenure winning 6 trophies which include 2 Bundesliga Titles, 1 German Cup and 3 German Super Cups. For his work he was selected twice as the Manager of the Year in the German Bundesliga. He also led the German club to a UEFA Champions League final.

On the club’s official website the statement was launched that, “Borruisa Dortmund and coach Jorgen Klopp have agreed to an early termination of their contract which originally ran to June 2018.”

At the press conference, CEO Hans-Joachim Watzke said that he had talks with the coach and on the matter since a couple of days. He also praised Jorgen Klopp.

He said: “We have a relationship that is built on trust and friendship. Therefore it is a very difficult decision for us.”

He added: “Jorgen you can be sure that you have the eternal gratitude of BVB.”

After Klopp’s announcement, several clubs will seek for his services. The top of lot will be Barclays Premier League side Manchester City who are understandably looking for Manuel Pellegrini’s replacement after a trophy less campaign.

“I’m sure this is the right decision. This team deserves to have a 100 percent coach on the touch line,” said Klopp. “It’s not that I’m tired. I haven’t had any contact from other club in England or elsewhere. But I don’t intend to have a sabbatical year. It’s just important that we announce today so that everyone can adjust to it and the club can plan.”

“I actually believe that Borrusia Dortmund certainly needs a change. A major problem is that as long as I stay here, we’re always discussing the successes of the past,” he added.

Thomas Tuchel looks to be the man who is the favorite to replace the German at the Signal Iduna Park next season.