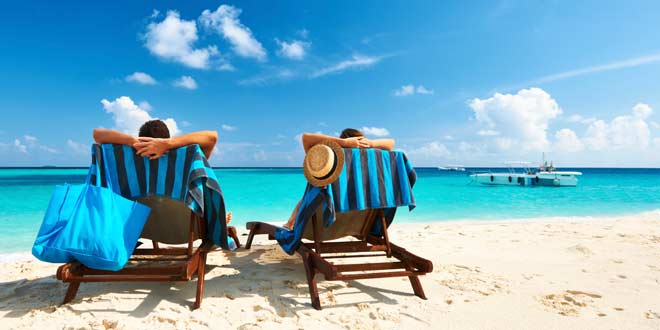 Are we indulging too much while on vacation?

We all like to relax and indulge on vacation, but a new study has found that just a one-week trip away can cause us to put on weight, which we could still be carrying around for up to six weeks after the holiday has ended.

The study, by the University of Georgia in the US, looked at 122 adults aged 18-65, with an average age of 32, who took a one-to-three week vacation.

Despite a trend for increasing their physical activity while on holiday, the data showed that 61% of the participants put on weight while on vacation – an average of 0.3kg.

However the weight gained during the whole study, including the weeks after returning from vacation, was on average 0.4kg. The study did show however that physical activity decreased in the weeks following the vacation.

The results also varied greatly, with some participants gaining as much as seven pounds and others actually losing weight.

The researchers do however believe that the results still provide evidence for the idea of “creeping obesity”, a common occurrence where adults put on just small amounts of weight, but over a long period of time, so the pounds slowly creep up. This increased weight gain can then contribute to health problems later on.

“One of the challenges people face is unless you’re diligent about weighing yourself before and after vacation, usually you’re not going to notice a pound of weight gain,” Cooper said.

With the average American reportedly gaining one to two pounds a year, the amount gained by many participants in the study was similar, but in a much smaller period of time.

“If you’re only gaining a pound or two a year and you gained three-quarters of that on a one- to three-week vacation, that’s a pretty substantial weight gain during a short period of time,” commented lead author Jamie Cooper.

Cooper believes a probable cause for the weight gain is increased consumption of calories, in particular from alcohol, with participants drinking on average eight drinks a week before the holiday, but indulging in on average 16 drinks a week during their vacation.

Cooper did recognise that despite the weight gain there are benefits from vacations, with participants showing reduced stress levels and a slight dip in blood pressure, a benefit seen even in the six-week post-vacation follow up.

The findings were published in the journal Physiology and Behavior.

dangers of weight gain on vacationextra indulging dangers
Comments
Loading...
Stay With Us