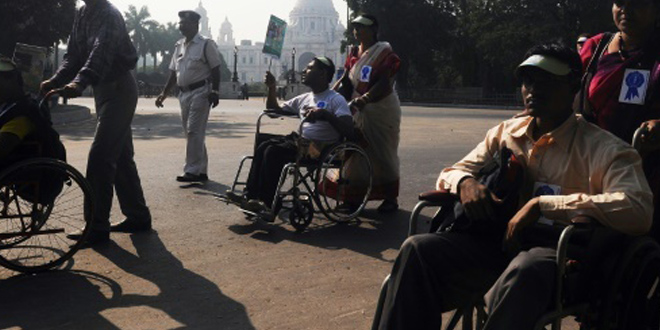 An attempt by Indian Railways to recruit disabled staff backfired badly this week when candidates had to make their way up a building with no lifts or ramps, the Times of India reported on Friday.

Indian Railways – the country’s biggest employer – said it would hire 450 people with disabilities after the Supreme Court ordered it to be more inclusive.

But when candidates arrived to sit for an employment test in New Delhi, they discovered they would first have to make it up to the second and third floors of a building without lifts or escalators.

Many applicants failed to reach the venue in time, while some had to be carried up the stairs.

“Many candidates could not reach the exam centre,” The Times of India newspaper quoted one as saying.

“Many of them were weeping.”

Railway officials quoted in the newspaper blamed the fiasco on a private agency hired to conduct recruitment.

India’s railways minister said he had given orders to find out who was responsible.

“Ordered to fix responsibility, if lapse in dealing with differentially abled whom we respect,” tweeted Suresh Prabhu.