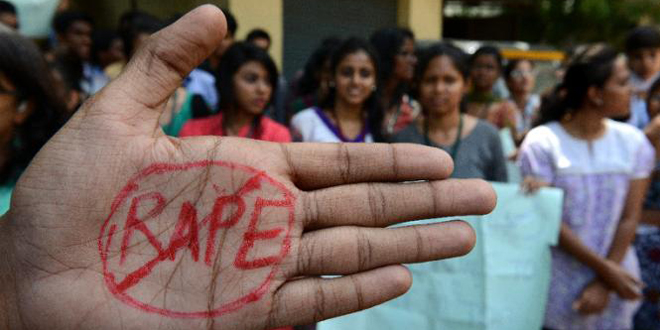 A bus driver allegedly raped a 19-year-old nursing assistant in his vehicle on the outskirts of India’s southern technology hub Bangalore before dumping her on a roadside, police said Friday.

The attack is alleged to have occurred on Thursday when the woman boarded the bus to commute to her job at a nursing home in Hoskote, 30 kilometres (19 miles) from the city centre.

The driver allegedly asked the vehicle’s cleaner to drive the bus while he carried out the attack.

“We have arrested accused Ravi, 26, with bus cleaner Manjunath, 23, under section 376 of the Indian Penal Code on a complaint by the victim that she was raped by the driver when she was alone in the bus,” S.R. Ramesh, Bangalore Rural Additional Superintendent of Police, told AFP.

“The accused asked the cleaner to drive the bus while he raped her and dumped her later on roadside,” he said, adding that police had seized the bus, which was registered in neighbouring Andhra Pradesh state.

The woman went to hospital and described the alleged attack to doctors, who called the police.

It comes after a 23-year-old woman was allegedly gang-raped by a driver and a cleaner in a van in a southeastern suburb of Bangalore on October 3. The two men accused in that attack have been arrested.

“We will not tolerate any incident of rape in any part of the state. I have directed the police to take preventative steps and act against the guilty strictly,” Parameshwara told reporters later.

The fatal gang-rape of a young student on a bus in Delhi in 2012 led to an outpouring of anger over frightening levels of violence against women.

The attack led to a major reform of India’s rape laws, speeding up trials and increasing penalties.