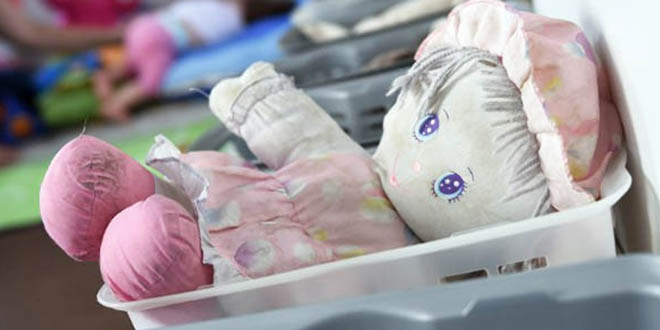 Police have arrested a doctor and nurse in northern India over allegations they decapitated an infant by being too forceful during delivery, officials said Wednesday.

Gynaecologist Tayyaba Iqbal and a nurse named as Madhuri allegedly used a wrench and thick string tied around the deceased baby’s legs in an attempt to pull it out, causing its head to be severed.

Senior Police Officer Mohammad Tariq said the pair had been arrested after evading arrest for two days and have been booked for culpable homicide, not amounting to murder.

“They were on the run after the baby died. We are investigating the case with the help of doctors,” Tariq told AFP, adding the pair had been jailed pending a court hearing.

Angry protesters created a ruckus at Rampur district hospital in Uttar Pradesh state after the incident.

A senior district health official said the baby was stillborn and that doctors, after discovering it was dead, pulled it out with equipment that inadvertently resulted in its head being severed.

“We understand the baby had died and the accused doctor tried to retrieve it. We are investigating what caused the decapitation of the infant,” Shankar Lal Saraswat, Rampur chief medical officer told AFP.

The woman, a 35-year-old first-time mother, was later operated on to recover the severed head, he said.

Accidental decapitations at birth are rare; with the online Journal of Neonatology Research reporting its occurrence as one in 39 million live births.