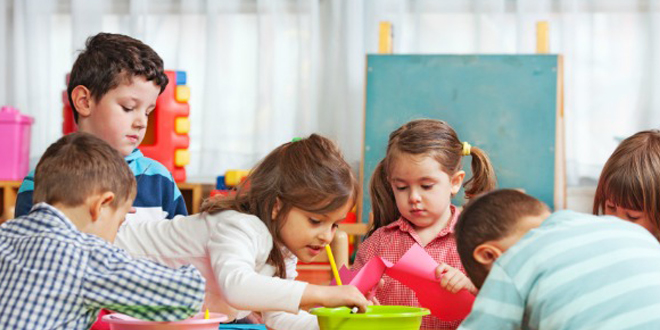 Improving preschoolers’ memory skills can help them succeed at school

A recent Canadian study, published in the journal Intelligence, has found that improving preschoolers’ memory skills may contribute to their success at school.

The research suggests that using games to boost memory skills at nursery and primary school can help children perform better and reduce their likelihood of dropping out.

Parents have every reason to include memory-based games in their children’s regular play from the age of three, as new research suggests this could improve their chances of success at school and reduce their risk of dropping out.

Researchers at Concordia University’s Perform centre in Montreal, Quebec, led by Dr Caroline Fitzpatrick, were surprised to find that working memory measured at a young age could have such an impact 10 years later.

“Our results suggest that early individual differences in working memory may contribute to developmental risk for high school dropout, as calculated from student engagement in school, grade point average, and whether or not they previously repeated a year in school,” said Fitzpatrick.

“When taken together, those factors can identify which 12-year-olds are likely to fail to complete high school by the age of 21.”

The study tested the working memory of 1,824 children at age two and a half, then at age three. The same children’s school results were then examined ten years later, at age 12/13.

Working memory is a type of very short-term memory. Showing a toy to a three-year-old then asking them to find it in another room would, for example, use working memory.

It notably allows children to follow instructions in class, processing one or two pieces of information to manipulate them mentally for a short period of time, explains Dr Fitzpatrick.

The study found that the children performing best at school were those who regularly worked and improved their memory at a young age.

Role-play games at preschool age can help improve working memory, as the child must remember what role he or she is playing.

Similarly, the authors advocate encouraging mindfulness in young children. As well as helping them to concentrate, this can improve working memory.

Activities like football, basketball and skateboarding are recommended as alternative pursuits that can boost concentration and memory.

Dr Caroline Fitzpatrick underlined that while there’s no specific test for measuring working memory, problems are usually easy to spot, as for some children information simply seems to go in one ear and out of the other.