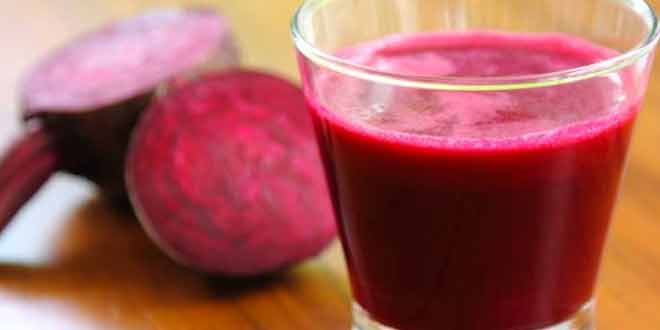 Improve your stamina, BP with daily dose of beet juice

Beetroot’s deep, overpoweringly red juice has now earned it the reputation of a big endurance-boosting and blood pressure-improving sensation.

Exercise intolerance, shortness of breath and fatigue with normal amounts of exertion, is the primary symptom of HFPEF and is due partly to non-cardiac factors that reduce oxygen delivery to active skeletal muscles.

The team found that the daily dosing of beetroot juice improved aerobic endurance by 24 percent after one week, as compared to the single dose which produced no improvement. Aerobic endurance was measured as cycling time to exhaustion at a fixed workload lower than their maximum.

Another finding was that consumption of the juice significantly reduced resting systolic blood pressure in both the single and daily dose groups by 5 to 10 mmHg.

Although, larger trials need to be conducted, these initial findings suggest that one week of daily beetroot juice could be a potential therapeutic option to improve aerobic endurance in patients with HFPEF, which has implications for improving everyday activities and quality of life, said senior author Dalane Kitzman.

The study is published in the Journal of the American College of Cardiology-Heart Failure.