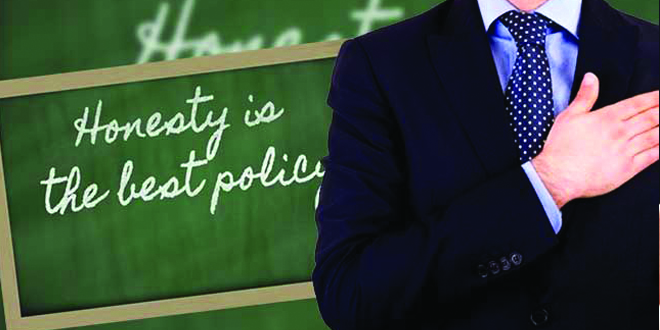 A new Canadian study says it’s easier to be honest when the situation requires little or no effort, especially when financial gain is at stake.

In situations of moral conflict, we are more inclined to go for the honest option when little effort is required. This statement can be applied to tax matters, specifically our tax return.

That was the discovery made by Nina Mazar, an associate professor of marketing at the Rotman School of Management at the University of Toronto, who has co-written a study on the subject with Scott Hawkins.

The researchers aimed to analyze the behavior of participants in several scenarios when a financial gain was attached to their answers.

The volunteers tended to cheat spontaneously if the answer was incorrect and automatically generated, rather than actively creating a false answer themselves.

In contrast, the researchers found that if the scenario was set up differently so that the participants were automatically given the honest response and had to override it to give a different answer, there was no cheating.

The researchers also noted that the reaction time was slower when the volunteers cheated, probably due to the psychological struggle they were experiencing.

The study’s findings can be applied to tax returns. The researchers concluded that if information about our income is automatically generated on our tax return, we will be less likely to change it.

“We don’t think there is one solution for all situations in which you are tempted to be dishonest, but we definitely know from prior research that people tend to accept the status quo”, said Mazar.

The Canada Revenue Agency, which is greatly interested in these findings, is currently in talks with the researcher to consider with her how they could be applied to the tax collection system. The study was published in the Journal of Experimental Social Psychology.