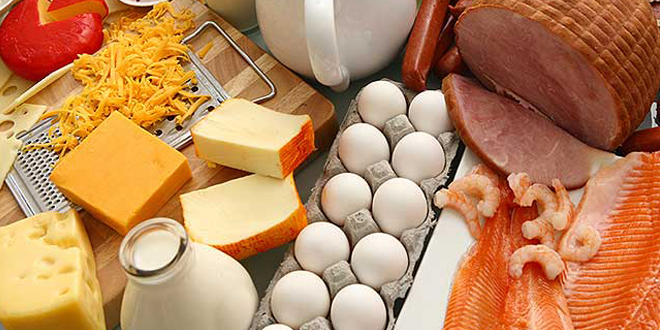 A diet rich in protein foods – the building blocks of proteins – could be good for your heart along the same lines as quitting smoking, reducing salt and alcohol consumption and getting optimal exercise, according to a new study.

“The really surprising thing that we found is that amino acid intake has as much of an effect on blood pressure as established lifestyle risk factors such as salt intake, physical activity and alcohol consumption,” says lead author Dr. Amy Jennings of the University of East Anglia (UEA).

“For arterial stiffness, the association was similar to the magnitude of change previously associated with not smoking,” adds Dr. Jennings.

Data was sourced from TwinsUK, a registry of 12,000 adult twins for the purpose of studying genetic and environmental causes of diseases that occur as we age.

Working with 1,898 women who were twins and who had a healthy body mass index (BMI), Dr. Jennings and her team observed the effect of seven amino acids on their cardiovascular health.

High blood pressure poses a significant risk to heart health, and Dr. Jennings recommends a 75-gram portion of steak, a 100-gram salmon fillet or a 500-milliliter glass of skimmed milk per day to benefit from her study’s findings.

They found an association between a high overall intake of protein, which included the seven amino acids, and reduced cSBP, MAP and PWV.

A diet rich in glutamic acid, leucine and tyrosine from animal sources was associated with reduced PWV.

The researchers, whose study was published in the Journal of Nutrition, aim next to find out whether the mechanism involves the gut microbes.