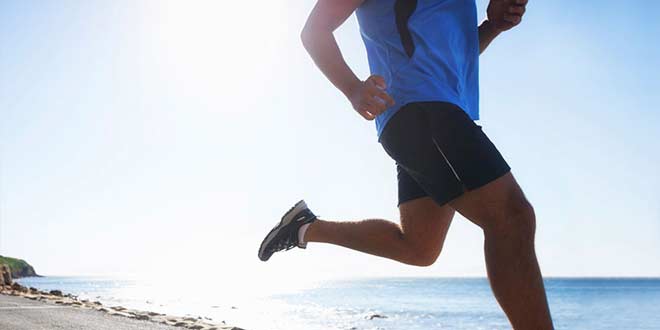 High level of aerobic fitness may protect liver from damage

Aerobic exercise could help protect against alcohol-related liver damage according to a new study by the University of Missouri-Columbia, USA.

Excessive alcohol consumption can lead to chronic liver problems such as fatty liver disease and cirrhosis, with previous research showing that the damage caused by excessive drinking can be irreversible.

To see if increased levels of aerobic exercise could help to prevent against these alcohol-related fatty deposits and inflammation in the liver, the team of researchers studied the effects of an increased metabolism using rats that had been bred specifically for high activity. One group of these ‘runner rats’ was exposed to chronic alcohol use for a period of six weeks, and compared to a second group of runner rats who were not exposed to alcohol during the same time period.

After the six weeks, as expected the results showed that there was a greater number of fatty deposits in the livers of the runner rats in the chronic alcohol group.

However, the chronic alcohol consumption had not caused a significant level of inflammation of the liver, leading the team to believe that the high level of physical activity in this group had protected the rats “against the metabolic dysfunction that eventually lead to irreversible liver damage.”

The team also looked at levels in the blood of fatty acids, triglycerides, insulin and glucose in the rats in the chronic alcohol group, finding no noticeable increases when comparing these levels to the rats in the control group.

“This is significant because chronic alcohol ingestion may reduce insulin effectiveness over time, leading to elevated blood insulin and sugar levels,” commented Jamal Ibdah, lead author of the study, adding, “With chronic use, we would expect to see these levels much higher than the control group, yet surprisingly, they were about the same.”

Ibdah concluded that more research needs to be done on the protective benefits of aerobic exercise against chronic alcohol consumption, but a better understanding could eventually lead to new treatments for alcohol-related liver damage.

The findings were published in the journal Biomolecules.