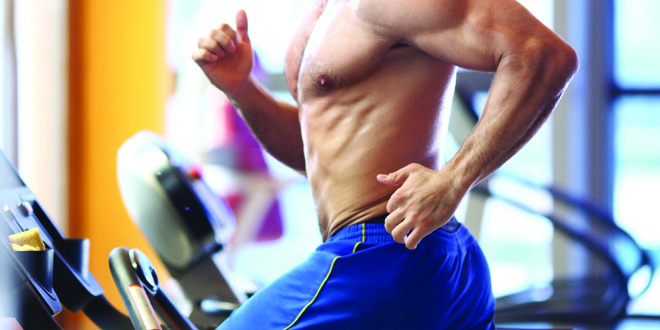 A UK study which involved Curtin University, Australia has suggested that the increasingly popular high-intensity training has the same cardiovascular and metabolic benefits as traditional moderate-intensity training.

Researchers looked at 87 healthy but physically inactive participants between the ages of 18 and 60, and randomly divided them into high intensity or traditional exercise programs, each lasting for duration of 10 weeks.

Participants in the high-intensity group followed one of two training regimes, three times a week. The first regime was an 18-minute workout which involved 15-second high-intensity cycling sprints with 45 seconds active recovery, the second was a 25-minute workout which involved 60-second cycling sprints and 60-seconds of active recovery.

Both groups used personal monitors to check they stayed at the required age-specific heart rate throughout the workout, with the high-intensity group working out to 90per cent of their age-specific heart-rate limit, and the traditional group to 70per cent.

The study‘s results showed that the high-intensity group demonstrated health improvements that were similar to those of the traditional moderate exercise group, with both groups showing a 9per cent improvement in how much oxygen the body is capable of utilizing, which is associated with reduced mortality.

Both groups also showed a comparable reduction in non-soluble fats in the blood stream, which are associated with cardiovascular disease.

As high-intensity sessions take half the time of a traditional workout session, yet show the same benefits, the research team are hoping that the study’s results will encourage more people to take up and stick to exercise as part of a high intensity training program, especially as the team pointed out, nearly 50per cent of adults drop out of an exercise program within the first six months, with many citing lack of time as the reason.

Researchers also said that the exercise program was suitable for a wide range of people varying in age and fitness level, making high-intensity training and its results accessible for many.