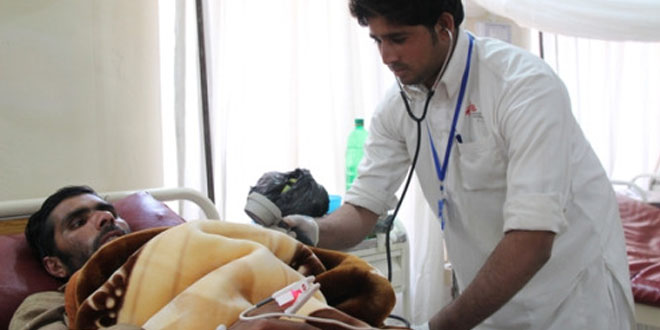 Haroonabad: Facilities and infrastructure in hospitals to be improved

According to Dr. Farooq Ahmed, MS, DHQ hospital, by providing the hospitals with funds the government has played a big role in providing the people with greater health facilities. According to him it has been notified that 11 senior medical officers, 3 senior women medical officers and 8 APMO have been selected for the vacant posts. He further stated that soon the process of construction and repair of the hospitals will be started. This step taken by the government has received great appreciation from citizens moreover they have also thanked the government Punjab for this.

It should also be noted that from the last few months, HTV has been constantly notifying the public about the absence of doctors from the Haroonabad government hospitals.