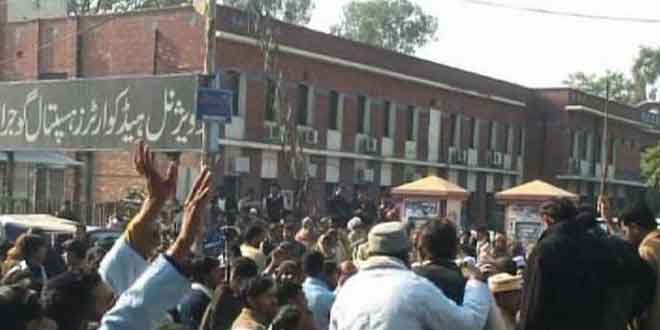 Even after passing the budget of billions, there is a lack of medical facilities in government hospitals of Gujranwala, including the Civil Hospital Gujranwala. Patients are not getting adequate medicines.

Even after having funds allocated for it, DHQ Hospital does not have adequate medicines and surgeries are not done on time, creating problems for both patients and their attendees. The patients throughout Punjab are worried as medicines have not been distributed in the government hospitals. The hospital machinery does not work on many occasions, and the administration, instead of buying new machines, keeps on repairing the old ones.  A budget of billions of rupees is passed every year for hospitals, but still there is a lack of medicines and doctors do not see the admitted patients. According to the patients the doctors do not operate on time and try to delay operations. They have even said that on occasions the hospitals do not provide them with medicines even when they have it.