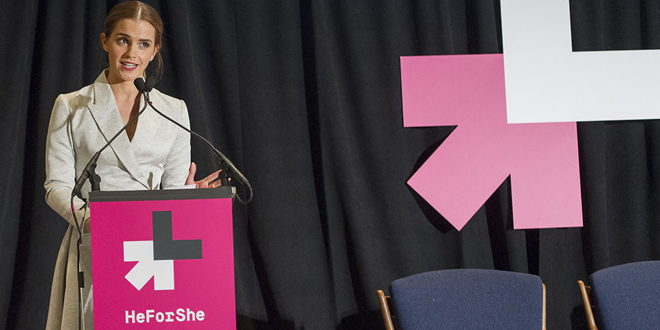 MAD School in Karachi invited different forward thinking individuals and held a community meeting to fight for equality amongst women and men.

Feminism has usually been mistaken as a provocative way to hate against men. HeforShe, a campaign started by UN Women, was started to promote the cause in a different way – to show that men play as important a role as women to fight for gender equality.

This campaign has reached Pakistan for one goal:

Gender equality has always been seen as a struggle for women by women. However, the basis of the HeforShe campaign differs as it believes that social, economic and political equality is the right for all people, and the campaign wants to involve men in reaching this goal.

The Pakistan chapter of HeforShe is led by Marina Marri, Shiza Shaheen, Noman Quadri, Hassan Wasif Qavi, Awais Khalid, Ebad Ahmed and Yahya Iqbal. They come from different professional fields and, despite their differences, they have all come together to share and spread the message of gender equality. They are collaborating with UN Women in Pakistan.

Rather than encourage that one gender is superior to the other, the campaign attempts to create attitudes in society that encourage and strive for gender equality.

The campaign supposes that change will only happen through grass roots; by educating the youth and considering them to be forward thinkers. The campaign also says there is a need to change the media landscape in Pakistan, by empowering women to portray their rights. The debate is “about freedom to be who we are and do as we please, for both genders.”

Whereas HeforShe encourages gender equality, Reham Khan and a few other members of society do not believe in the concept of equality of man and woman, instead that “women are much better than men.”

Reham Khan was the chief guest at the ninth International Conference on Women Leadership on August 14th, 2015. The conference itself discussed empowerment of women, and Reham had criticized Pakistani media’s role in depicting women with the usual stereotypes of Pakistani culture – women as stay-at-home mothers, crying and deprived of their rights.

She believes that women empowerment will only come when men are empowered and made to understand the importance of women rights.

She further said, “We need to educate our men to make them realize the importance of female education and women empowerment.”