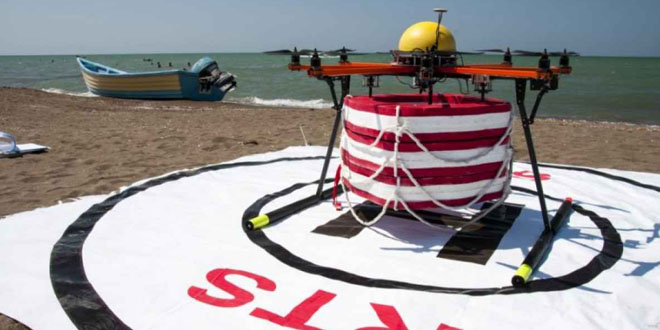 From ‘Predator Drones’ in Wars to ‘Medical Drones’ for Humanity

This year a company from Switzerland, Meter Net, tested its very first human’s medical drone and it proved to be very successful. It has also carried food, initial medical devices and medicines to the remote and difficult locations of Haiti and Papua New Guinea.

Furthermore, this drone can also be controlled by a mobile app. The drone is also being referred at a dispensary, due to its ability to carry heavy weight. Inventions like these can also help a country like Pakistan during the natural disasters like earthquake and floods.

In the European Union, around 800,000 people suffer a cardiac arrest every year and only 8 percent survive. The fundamental explanation behind this is the moderately long reaction time of crisis administrations of around 10 minutes, while brain death and fatalities happen within four to six minutes.

The medicinal drone for individuals can get a defibrillator to a patient inside a 12 square kilometer (4.6 square miles) zone inside of a moment, expanding the shot of survival from 8 percent to 80 percent.

By delivering the right vaccines and medicines, to the area where it is required rapidly, possible spread and outbreaks of life threatening diseases can be prevented. Along with the medical aids, portable shelters and communication equipment can also be delivered.

One special type of drone is the mosquito drone. It looks exactly like a mosquito but has a very different purpose. Such a gadget could be controlled from an extraordinary distance. It is equipped with a camera as well as a microphone. It could land on you and proceed to utilize its needle to take a DNA test. It slightly feels like a mosquito bite. Alternately, it could infuse a miniaturized scale RFID GPS beacon under your skin. It could land on you and stay, with the goal that you bring it with you into your home. Alternately it could fly into a building through a window. There are very much subsidized exploration undertakings chipping away at such gadgets with such capacities.

In times of a pandemic, these mosquito drones can be used to inject vaccines or medicines for a healthy human life and can be of great advantage to human health in the near future.

In a country like Pakistan drones are a symbol of terror and hatred, but due to the advancement in technology, these drones can be brought to use for saving humanity and medical purposes like an aerial ambulance.