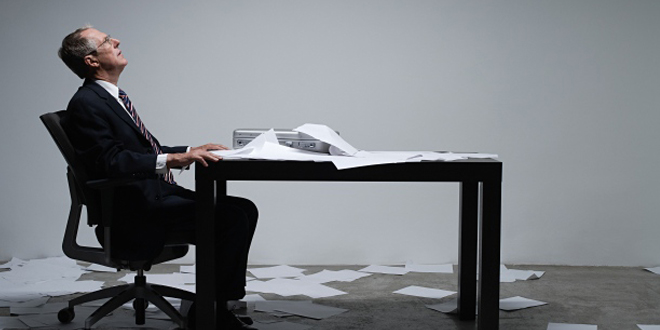 Fidgeting in your seat could be good for your health: Study

Finally, there’s an excuse to fidget in your chair, as a new study says it could counteract the adverse health consequences of prolonged sitting.

It might seem like a joke, but the research found an increased risk of mortality from prolonged sitting for those who described themselves as rarely tempted to fidget.

“While further research is needed, the findings raise questions about whether the negative associations with fidgeting, such as rudeness or lack of concentration, should persist if such simple movements are beneficial for our health,” says co-author Professor Janet Cade of the University of Leeds in the UK.

Even those who meet recommended exercise quotients and who sleep for eight hours per night can easily spend up to 15 hours – the vast majority of their day – sitting.

While getting up to walk has already been proven to improve health, this study is believed to be the first to explore fidgeting in relation to sitting time and death rates.

The research team worked with data from women aged 35 to 69 all of whom were participants in the University of Leeds’ UK Women’s Cohort Study on the diet and health of UK women.

The researchers analyzed data from a follow-up survey sent to the women, asking them about their lifestyle, including diet and exercise and whether they had any chronic diseases and, of course, about how often they fidgeted.

Over 14,000 surveys were returned and the research team followed their participants over a mean period of 12 years to track mortality rates.

For those who fidgeted the least, sitting for more than seven hours per day was associated with a 30% increased risk of death, regardless of the cause, according to the study.

Dedicated fidgeters, or those who were classified by the researchers as having the highest fidget-factor, saw their risk of mortality decrease if they sat for between five and six hours.

For this group, and middle-of-the-road fidgeters, no increase of mortality was observed from longer sitting times.

The researchers, whose study was published online in the American Journal of Preventative Medicine, acknowledge that more work is in order to identify the exact mechanisms involved.

Exercise should not be considered as a means to undo the adverse health effects of sitting, a recent meta-analysis suggests.

“It is not good enough to exercise for 30 minutes a day and be sedentary for 23 and half hours.”