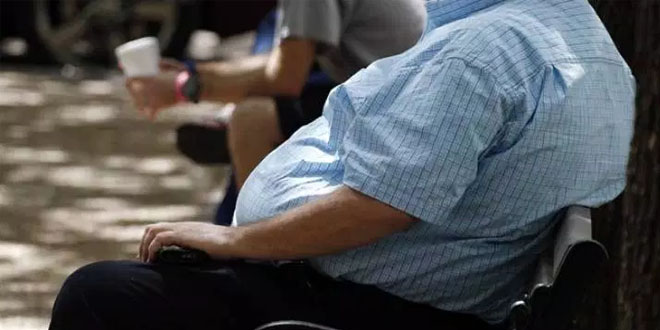 ‘Fat but fit’ is not good for health, according to new study

A new Swedish study has dismissed the idea that ‘fat but fit’ is ok, finding instead that obese men with a high aerobic fitness level were still at a higher risk of death than those of a normal weight but with a lower fitness level.

Aerobic fitness level and obesity have been well studied in older participants, but less so in older adolescents. Wanting to look at a link between aerobic fitness in late adolescence and risk of early death, the team of researchers from Umeå University, Sweden followed 1,317,713 men with a mean age of 18 between 1969 and 1996.

The team also looked to see if risk of early death was linked to the level of aerobic fitness in those that are obese, as well as those of normal weight.

The team of researchers assessed participants’ aerobic fitness by asking them to cycle until they had to stop due to fatigue, and assessed causes of death using national registers.

However, although aerobic fitness was also associated with a reduced risk of death from any cause in both normal-weight and overweight individuals, these benefits were reduced in obese individuals.

In addition, men with a normal weight had a lower risk of death than obese participants even if their fitness levels were lower, showing a 30% lower risk of early death.

There were also no significant health benefits at all in those participants who were in the extreme obese category.

The study was published in the International Journal of Epidemiology.

A study published earlier this year by a team from the University of Cambridge also found that although a brisk 20-minute walk each day could lead to considerable health benefits, these benefits were mainly seen in subjects of normal weight, not obese participants.

For an average of 12 years the team looked at 334,161 European men and women measuring height, weight and waist circumference. Participants were also asked to report levels of physical activity. The results, published in The American Journal of Clinical Nutrition, found that as body mass index (BMI) increased the benefits of the walking decreased.

'fat but fit'disadvantages by fatness on bodyfatness hazards on healthfit & fat bodyfit & fat ones are not goodfit but fat is non effectivenegative effects of fat bodyresearch on fat n fit humans
Comments
Loading...
Stay With Us