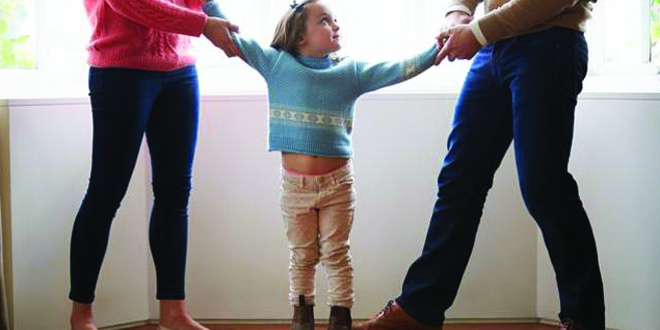 A family breakup can have a negative long-term effect on smoking, depression, and overall health of children, with girls’ health more sensitive to home structure according to a US study from the University of Illinois.

For the study the researchers looked at data from the National Longitudinal Study of Adolescent Health (ADD Health), which consisted of data collected from 90,000 adolescents in four waves over 13 years.

The team selected their first sample of data in 1996 from 7,607 individuals aged 15 to 18, and collected three further waves of data, taking the last set of data in 2009.

Criteria for selection included being from a single-mother home, but excluded individuals whose fathers had died.

From the original 1996 data collection, 4,757 of the individuals’ data was taken into account in 2009, when the children were now aged 27 to 32, enabling the researchers to look at any health effects on the children well into adulthood, unlike previous studies which had only looked at a single point, or a shorter period in time.

In addition to the data collected on the children, the children’s mothers were also asked to provide information on their marital break-up and their three most recent relationships.

After analyzing the data the researchers found that girls were more likely to be depressed and report worse health than boys, with age also an important factor in the possible negative effects of a family breakup.

The team found that “if the biological father was never present, smoking, physical, and mental health are all worse,” said Andrea Beller, one of the authors of the study.

“And if they leave when girls are in very early childhood (0 to 5 years old), we find a significant association with worse physical health, regardless of the presence of other males.”

The team also found that ages 6 to 10 are a particularly vulnerable time for girls, with the absence of a father between these times having a long-term negative effect on smoking behavior, overall health, and depression, which continued well into adulthood.

Smoking was included alongside depression and overall health as previous research has shown that children from single-parent homes are more likely to engage in risky behaviors such as smoking.

After finding that a complete absence of a biological father has a negative effect for such behaviors, as well as on physical and mental health, the researchers suggest that going forward it could be beneficial to not only acknowledge that family background could be a potential risk factor in smoking, but also that stopping smoking may be harder for those whose father was absent during childhood.

A Swedish study published earlier this year found that the children of separated parents experience more psychosomatic health problems than children living with both parents.

The researcher looked at 147,839 children in the sixth and ninth grade and found that although children that lived equally between both parents homes did report better health than those who lived mostly or only with one parent, a family breakup was shown to have a negative effect on children in both living situations.

A 2007 Canadian study, which looked at data from the 1999 Social and Health Survey of Children and Adolescents in Quebec, Canada, found that children who had experienced a family breakup had an increased risk of substance abuse and alcohol abuse, and were more likely to suffer behavioral and emotional disorders.