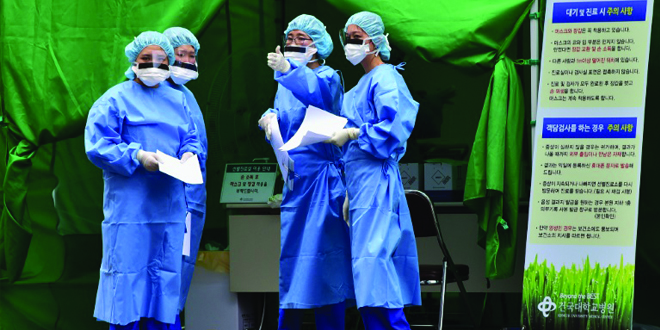 An experimental vaccine against the Middle East Respiratory Syndrome coronavirus, or MERS, has shown promise when tested on lab monkeys, researchers said Wednesday.

There are no approved vaccines against MERS, which is believed to originate in camels and began to sicken people in 2012, killing hundreds since then. Infections have mainly been seen in the Middle East, South Korea, Europe and the United States.

The experimental synthetic DNA vaccine fully protected rhesus macaques against the disease when it was given to them six weeks before exposure, according to the findings in the journal Science Translational Medicine.

Tests by researchers from the Perelman School of Medicine at the University of Pennsylvania also showed that the vaccine generated potentially protective antibodies in blood drawn from camels, signaling that the vaccine might be able to break this link in the MERS transmission cycle.

Pressure is high to create a vaccine in the wake of this year’s outbreak in South Korea, which quickly spread from a single patient to more than 180 people, killing more than 30.

“The significant recent increase in MERS cases, coupled with the lack of effective antiviral therapies or vaccines to treat or prevent this infection, have raised significant concern,” said study author David Weiner, a professor of pathology and laboratory medicine.

“Accordingly the development of a vaccine for MERS remains a high priority.”

Researchers involved in the study came from the US National Institute of Allergy and Infectious Disease, the Public Health Agency of Canada, Inovio Pharmaceuticals, the University of Washington and the University of South Florida.

Since the vaccine is not live, it poses no risk of spreading to people by accident, researchers said.

The experimental vaccine against MERS must undergo further study and development before it can be tried in humans.