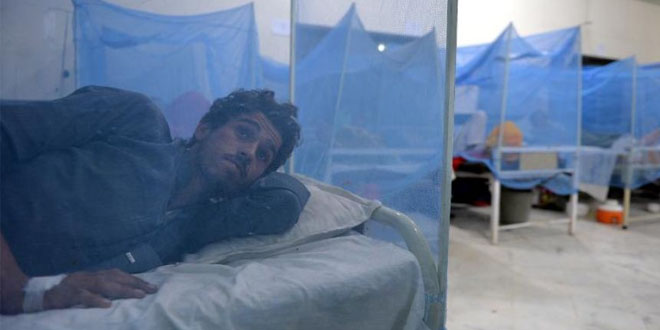 Dengue fever cases across Sindh, in the current year, have surpassed 900, after 48 more patients were detected with the disease in the last couple of weeks.

Dr Masood Solangi, program manager Dengue Prevention and Control Program Sindh (DPCP), revealed that the latest spell of dengue cases mostly included patients from Karachi – 46 out of 48. The dengue cases registered in the city now number up to 619.

Medical experts recommend the public to stay mindful, as the figure could still rise, even though the monsoon, the peak dengue season, is at its end, but the little drizzling each week can act as a catalyst for the spread of dengue.

According to an official from the department of health Sindh who spoke to HTV on the basis of anonymity,

“Dengue is currently at its peak season and the counts of cases are not expected to drop until December as it is the period of dengue larvae breeding.”

He informed HTV that the cases in Karachi were not new but were reported at the same rate for the last 10 months.

He said, the dengue surveillance cell was upgraded into the DPCP to turn it into a comprehensive program for better prevention and surveillance, but conflicts amongst the officials and with other departments have kept the dengue prevention tasks on a halt.

The department of health has advised citizens not to leave any water bodies lying around or any pails of water inside or outside the house; in case anyone has plants that grow in water, they should make sure that they change the water on a daily basis. Water acts as a good breeding ground for dengue mosquitos.

Public is also advised to use nettings on windows and doors to secure their house. It should also be considered that unlike normal mosquitoes, dengue mosquitoes attack during the daytime as well.

Meanwhile, medical experts recommend that individuals must keep a check for symptoms like high fever, pain underneath the eyes, vomiting or nausea, severe headache, muscle and joint pain and swollen glands, and must not show reluctance in visiting a doctor.

Dengue at its peak in Karachi