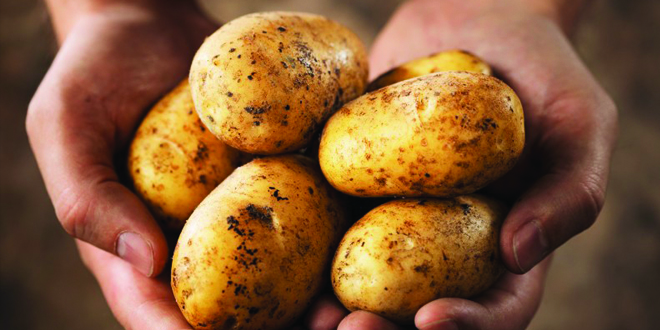 A Chinese study has highlighted the anti-cancer benefits of a diet high in fruit and vegetables. For stomach cancer in particular, potatoes and vitamin C are at the top of the list of preventive super-foods.

Researchers at Zhejiang University collected and compared data from 76 studies, including 37 carried out in Europe, 11 in the US, 21 in Japan, four in China and three in Korea. A total of 6,316,385 participants were followed up for an average of 11 years (between three and 30 years), making this the biggest review undertaken to date into the link between food and stomach cancer.

The findings indicated that there is no link between total vegetable consumption and stomach cancer risk. However, they did discover that potatoes and white vegetables such as asparagus, chard, celery, cauliflower, endive and leek have preventive properties and are associated with a 33 per cent reduction in the risk.

In contrast, eating tomatoes ― despite the fact that they contain lycopene, a red pigment known for its antioxidant and anti-free radical properties ― is curiously associated with respective increases of 11 per cent and 21 per cent in risk.

Food therefore plays a key role in stomach cancer risk. This new study supports previous research that pointed the finger at processed meat and recommended plenty of fruit and vegetables in our diets.

6 Ways to use Potato for your Skin & Hair

Aloo Dishes For Your Inner Vegetarian