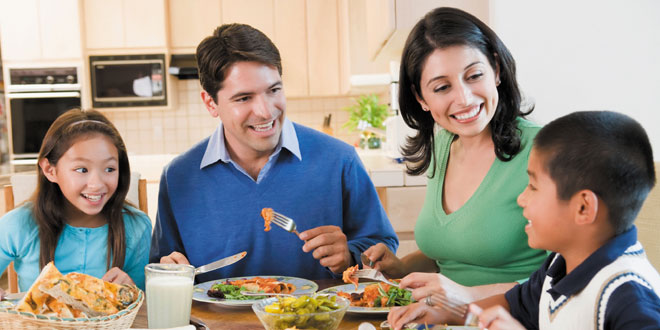 Eating at home could give you a longer life

Wondering whether or not to dine out or eat in? A new study gives you a good reason to do the latter — researchers find that eating at home a home cooked meal up to five times a week could add years to your life.

In fact, according to the findings, subjects who cooked at home about five times a week were 47 percent more likely to still be alive after 10 years.

“It has become clear that cooking is a healthy behavior,” said lead author Professor Mark Wahlqvist in a statement. “It deserves a place in life-long education, public health policy, urban planning, and household economics.”

The research team, made up of Taiwanese and Australian researchers, published their work last week in Public Health Nutrition, a Cambridge University journal.

The 10-year study involved 1,888 men and women over age 65 who had lived in Taiwan. At the start of the study, they interviewed each participant about several lifestyle factors, including cooking habits, shopping habits, diet, education, transportation, and smoking.

Other keys besides cooking that added longevity? Grocery shopping, taking public transportation, not smoking, and being a woman.

Hyman also advises that you start your eat-at-home plan by reclaiming your kitchen: filling your pantry and refrigerator with fresh local foods and toss foods with high fructose corn syrup, hydrogenated fats or sugar as the first or second ingredient on the label, he writes.

Also make a set dinnertime and switch off phones and televisions during dinners. And make cleaning up a group activity.