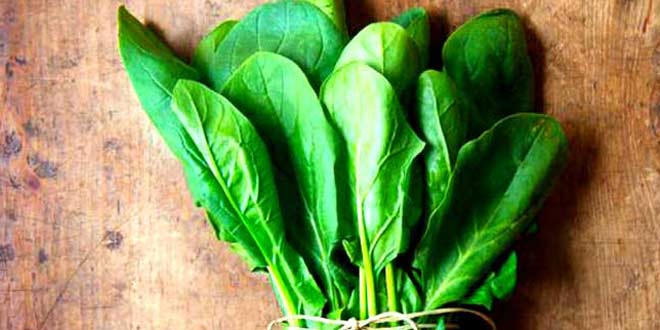 A new study published this week has found that eating leafy green vegetables could hold the key to promoting gut health.

The study, conducted by a team of researchers from Melbourne, Australia and York, UK, has found that an unusual sugar molecule found in green vegetables feeds the “good” bacteria in the gut, promoting their growth in the gut and reducing the number of bad bacteria, thus improving gut health.

The team, led by Dr Ethan Goddard-Borger, found that a previously unidentified enzyme is used by organisms such as bacteria and fungi to feed on this sugar, called sulfoquinovose, or SQ, which is found in huge quantities in green vegetables such as spinach.

The gut’s good bacteria then feed on these sugars, which encourages their growth.

“Every time we eat leafy green vegetables we consume significant amounts of SQ sugars, which are used as an energy source by good gut bacteria,” said Dr Goddard-Borger.

Commenting on the importance of the findings and how the sugars can help us maintain good digestive health, Dr Goddard-Borger said, “Bacteria in the gut, such as crucial protective strains of E. coli, use SQ as a source of energy.

“E. coli provides a protective barrier that prevents growth and colonisation by bad bacteria, because the good bugs are taking up all the habitable real estate. E. coli is a key bacterial coloniser needed by our gut.”

Dr Goddard-Borger not only believes that the findings can help improve gut health, but they may also be used to develop a new range of antibiotics.

“We think it will be possible to use these widespread enzymes to enable highly specific delivery of antibiotics to harmful forms of E. coli and other pathogens, such as Salmonella, responsible for food poisoning, while leaving the good gut bacteria untouched.”

The findings were published in the journal Nature Chemical Biology.