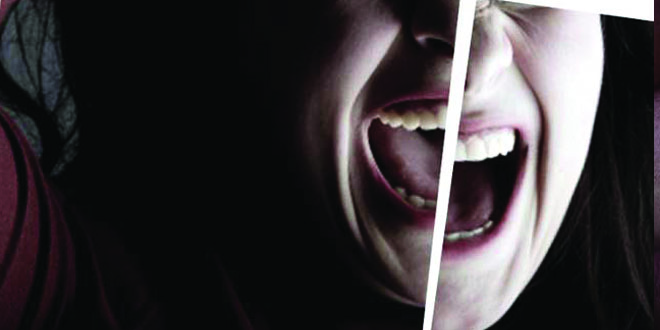 Talk therapy coupled with early intervention and low doses of anti-psychotic medication can be more effective for people with schizophrenia than routine treatment, a major US study said Tuesday.

The research published in The American Journal of Psychiatry suggests a new and more effective approach to mental health care, which many experts complain is sorely lacking in the United States.

“We feel that getting the right treatment at the right time is really key,” said lead researcher John Kane, professor and chairman of the department of psychiatry at The Hofstra North Shore-LIJ School of Medicine.

“That means a combination of medication and family psycho-education, supportive education and employment, and individual therapy,” Kane told AFP.

“And that should be given by a team that is working together and focused on helping the patient.”

The project, funded by the National Institute of Mental Health, was implemented in clinics around the country and involved 404 patients.

In an approach modeled after programs already in place in Australia and Scandinavia, a team of specialists “offered recovery-oriented psychotherapy, low doses of antipsychotic medications, family education and support, case management, and work or education support, depending on the individual’s needs and preferences,” said the study.

The results published were based on two years of follow-up with the patients, some of whom reported learning how to better control their reactions to hearing voices.

Those who were treated with the new approach “remained in treatment longer, and experienced greater improvement in their symptoms, interpersonal relationships, quality of life, and involvement in work and school,” compared to those given routine treatment.

So just what is routine care in the United States? Part of the challenge is that it varies enormously, said Kane.

“Some clinics may be doing a terrific job, other clinics in dubai maybe less so,” he told AFP.

In some places, patients may not get the same level of educational support for themselves and their families, to help them deal with their illness, he said.

“We need to make routine care a little bit more uniform and a little more evidence-based so that we know that everyone is getting access to the things that have been shown to be helpful,” Kane added.

As for costs, the researchers have not yet published any projections or calculations, but Kane said he believes the new approach will prove cost-effective in the long run.

The study also did not publish any data comparing how different doses of anti-psychotic medications affected patient outcomes.

“When people are in their very first episode of psychosis, they will often benefit from lower doses of medicine than are used to treat people who have been ill for a long time,” Kane explained.

“That doesn’t mean that we found that the use of lower doses in the experimental group” contributed to their advantage, he added.

“We haven’t even analyzed the dose data yet.”

Rather, he said the take-away message for people who may be suffering from psychosis or schizophrenia should be to aim for a proper combination of medication and talk therapy.

“This was an incredibly important study,” said Katherine Burdick, professor of psychiatry and neuroscience at the Icahn School of Medicine at Mount Sinai in New York.

“The results provide support for what has been consistently acknowledged by most researchers and clinicians –- that the earlier we can intervene, the better,” said Burdick, who was not involved in the research.

Jeffrey Borenstein, president and chief executive officer of the Brain and Behavior Research Foundation, said the approach shows how it is possible for people to regain their mental health.

“Unfortunately, too many people do not receive this level of care,” he said.

“While this study is a step forward, we need to put funding into additional research to develop even more effective methods of treatment and prevention.”