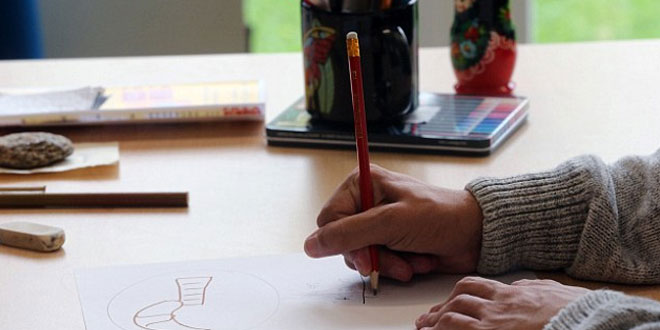 Cramming for an exam? Need to memorize a presentation? New research suggests that the best way to boost your power of recall is to draw pictures.

That’s according to a study out of the University of Waterloo in Canada which found that between drawing and writing out words repeatedly, drawing was the more effective way to retain information.

For the study, researchers presented student participants with a list of simple words like “apple” and were given 40 seconds to either draw the word or write it out repeatedly.

Afterwards, students were asked to freely recall as many words as possible from the list in 60 seconds.

The result? Participants were able to recall twice as many words when they drew them compared to when they wrote them out.

“We discovered a significant recall advantage for words that were drawn as compared to those that were written,” said study lead author Jeffrey Wammes.

“We labelled this benefit ‘the drawing effect,’ which refers to this distinct advantage of drawing words relative to writing them out.”

There’s also good news for those who are artistically disadvantaged: The quality of the drawings made no difference.

The findings were published in Quarterly Journal of Experimental Psychology

actions by drawing in rememberingdrawingdrawing effective than writing for remembering
Comments
Loading...
Stay With Us