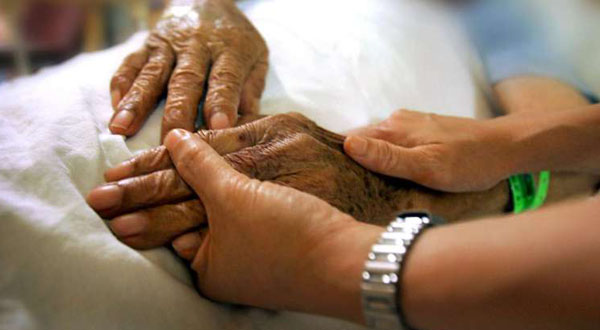 Does fungus cause Alzheimer’s?

Traces of fungus have been discovered in the brains of Alzheimer’s sufferers, researchers said Thursday, relaunching the question: might the disease be caused by an infectious microbe?

There is no conclusive evidence, but if the answer turns out to be “yes”, it means Alzheimer’s Disease (AD) may be targeted with antifungal treatment, a Spanish team reported in the journal Scientific Reports.

“The possibility that AD is a fungal disease, or that fungal infection is a risk factor for the disease, opens new perspectives for effective therapy for these patients,” they wrote.

The five-member team had found cells and other material from “several fungal species” in the brain tissue and blood vessels of all 11 deceased Alzheimer’s patients analysed, but not in ten Alzheimer’s-free controls.

The findings are published just a month after scientists warned in the sister journal Nature of a risk of accidental surgical transmission of Alzheimer’s “seeds” from one person to another.

Alzheimer’s Disease is the most common form of dementia, which the World Health Organisation (WHO) says affects nearly 50 million people worldwide — some 7.7 million new cases per year.

Old age is the major risk factor, and there is no therapy to stop or reverse Alzheimer’s symptoms, which include memory loss and disorientation, as well as anxiety and aggressive behaviour.

Some researchers have suggested AD may be an infectious disease or, at least, that infection with certain microbes may boost Alzheimer’s risk.

Genetic material from viruses and bacteria had previously been found in the brains of Alzheimer’s patients, and viruses which cause herpes and pneumonia have been suggested as potential AD “agents”, according to the study authors.

The main suspect in AD to date has been brain “plaques” caused by a build-up of sticky proteins, but trials with drugs targeting these have yielded disappointing results.

The new study adds another possible cause to the list of hypotheses.

Traces of several fungal species were found, said the team, which “might explain the diversity observed in the evolution and severity of clinical symptoms in each AD patient.”

A fungal cause would fit well with the characteristics of AD, the researchers added, including the slow progression of the disease and inflammation, which is an immune response to infectious agents such as fungi.

The researchers did point out, however, that fungal infection may be the result, not the cause, of AD.

Alzheimer’s sufferers may have a weaker immune response, or changes in diet or hygiene, that could leave them more exposed.

“It is evident that clinical trials will be necessary to establish a causal effect of fungal infection of AD,” wrote the team.

“There are at present a number of highly effective antifungal compounds with little toxicity. A combined effort from the pharmaceutical industry and clinicians is needed to design clinical trials to test the possibility that AD is caused by fungal infection.”

Outside experts agreed that further study must be done to confirm or disprove the fungus theory.

“We cannot conclude from this work that such (fungal) infections cause or increase the risk of the disease,” added Laura Phipps of Alzheimer’s Research UK.

Last month, a study said people injected with hormones extracted from cadaver brains in a long-abandoned medical procedure may have received “seeds” of Alzheimer’s — raising the spectre of it being a transmissible disease.