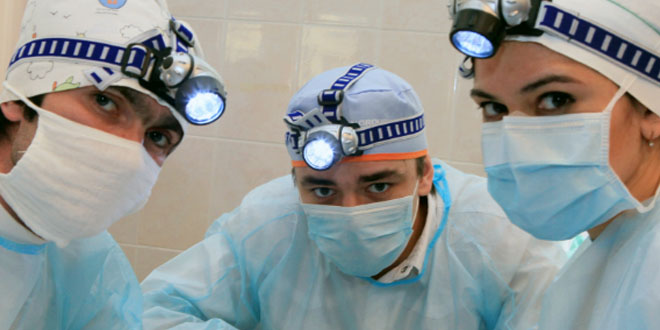 As the word “doctor” pops into our minds a combination of sentiments also springs up with it. Owing to everyone’s different experiences in life, some may feel resentful and some satisfied.

Some regard doctors as saintly, incapable of committing a mistake while others may hold them guilty of unethical and heinous deeds. This diversity of views is best reflected in Ovid’s words: Medicine sometimes snatches away health, sometimes gives it.

The majority of us regard doctors as brutal and merciless creatures, based on the fact that they have sometimes in their life been victims of that insensitivity. True, patients have suffered at the hands of doctors, whom they have regarded as their heroes, but unfortunately, this responsibility was tampered with by the same people who had claimed their loyalty to that profession and its respective duties.

However, just like every coin has two sides, a different aspect of doctors also blooms out. Confronting life and death every day, addressing hope, eradicating demoralization, resisting pessimism and fighting optimism is what a doctor does every day.

Apart from all this, the doctor also faces the challenge of keeping themselves physically and emotionally stable in such vulnerable circumstances. They are expected to keep a tight grip on themselves and not flow along with the tide. To add to this, just like all human beings, a doctor aspires to earn well and upgrade their living standards. Hence, they sometime land themselves in a mess by taking up too many patients and not doing enough good.

Studies have shown that suicide rate of physicians is two to three times higher than that of the general population, equal to the loss of about two medical school classes yearly and drug addiction may be 30-100% more common among physicians than in general population. As such, doctor’s poor performance is reflected in the patient and he is subjected to two sorts of stresses; one which nature has brought on him and the other inflicted by his caregiver. Similarly, both of the families also suffer accordingly resulting in misunderstandings and worsening of the patient’s health.

The reason behind this muddle is that medical schools don’t prepare doctors in their training process on how to deal with patients and their own responsibilities simultaneously. In order to be caregivers, you need to take care of yourself first and then proceed with your career with enough calmness to serve the society in beneficial manner.

About the author: Hamama Barry can be reached at hamamabarry@gmail.com.