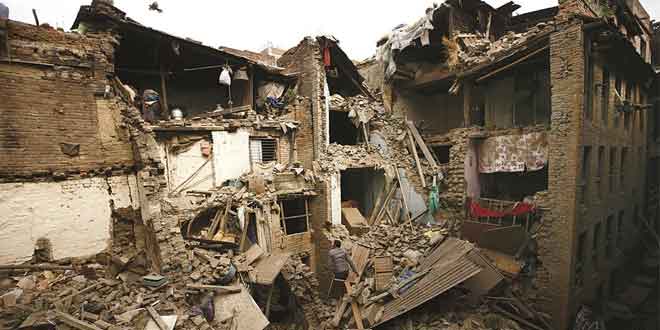 When a 7.8 magnitude quake racked a trail of death and destruction mid-day last Saturday reducing much of Katmandu to rubble and triggering a deadly avalanche on Mount Everest, a large number of people were reported dead due to the tragic calamity.

This was Nepal’s deadliest quake in over 80 years killing about 6,621 and injuring 14,023 as per updated figures. After one week of searching and detecting for more signs of life Nepal’s government has shifted its focus to survivors in the far flung areas who are yet to receive relief supplies.

Things are taking a turn for the worst as the UNICEF has recently warned of an outbreak of diseases among the 1.7 million children estimated to be living in the worst hit areas with monsoon rains week away.

“Hospitals are overflowing, water is scarce, bodies are still buried under the rubble and people are still sleeping in the open; this is the perfect breeding ground for diseases,” said Rownak Khan UNICEF Deputy Representative in Nepal.

“We have a small window of time to put in place measures that will keep earthquake affected children safe from infectious disease outbreaks, a danger that would be exacerbated by the wet and muddy conditions bought on with the rains,” he added.

“There will be water-borne diseases like typhoid fever; bacterial diarrhea could be another huge problem,” said medical expert, Dr. Nikhil Joshi while speaking to media.

Tuberculosis is rampant in Nepal and spreads quickly through coughing and sputum. Dengue fever, malaria and Japanese encephalitis: All three are already in the country, and pools of standing water from the quake will attract mosquitoes to transmit the illnesses.

While multiple countries have come to rescue, seeking equipments to find survivors in the rubble only one man has been pulled alive since last Thursday.

Diabetes – The Dos and Don’ts