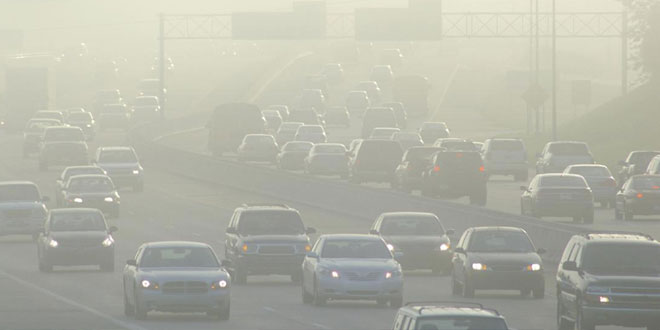 Dirty air can kill you by raising your risk of stroke

Air pollution was fingered for the first time as a major contributor to death and disability caused by stroke, especially in developing nations, in a health review published recently.

Air pollution, both inside from cooking fires and outside from traffic fumes, ranked among the top 10 causes of risk of stroke, along with better known risks such as smoking, high blood pressure and obesity.

An international research team analysed data from a swathe of other studies, reports and official statistics to create a mathematical model estimating stroke risk for 188 countries from 1990 to 2013.

The authors said theirs was the first study to quantify the world’s stroke burden in terms of healthy years lost due to people becoming sick, disabled or dying because of stroke.

About 15 million people worldwide suffer strokes every year, of whom nearly six million die and five million are left disabled – including loss of vision or speech, paralysis and confusion.

Globally, though with huge differences between countries and regions, the top risk factors were high blood pressure, a diet low in fruit, being overweight, eating too much salt, smoking and not eating enough vegetables, said the team.

A diet low in whole grains and high blood sugar complete the top 10.

The researchers found that 90.5% of the stroke burden was attributable to “modifiable factors” – mainly behaviours such as smoking, eating too much sugar and not exercising enough, as well as the associated health problems, such as diabetes and heart disease, these choices result in.

Controlling lifestyle factors, which played a much larger role in rich countries than poor ones, “could prevent about three-quarters of strokes worldwide”, said Feigin.

The study also listed air pollution as a “modifiable factor”, meaning that people or governments can do something to change it.

“These findings are important for education campaigns, evidence-based planning, priority setting and resource allocation in stroke prevention,” the team wrote in The Lancet Neurology.

“Air pollution has emerged as a significant contributor to global stroke burden, especially in low-­income and middle-income countries, and therefore, reducing exposure to air pollution should be one of the main priorities to reduce stroke burden in these countries.”

In low- and middle-income nations in Asia and Africa, almost a fifth of stroke burden was attributed to household air pollution, while a similar percentage was blamed on ambient air pollution in China and India.

The risk factor whose contribution shrank most between 1990 and 2013 was second-hand tobacco smoke, said the team, especially in developed countries.

The fastest-growing stroke risk was consumption of sugar-sweetened soft drinks.